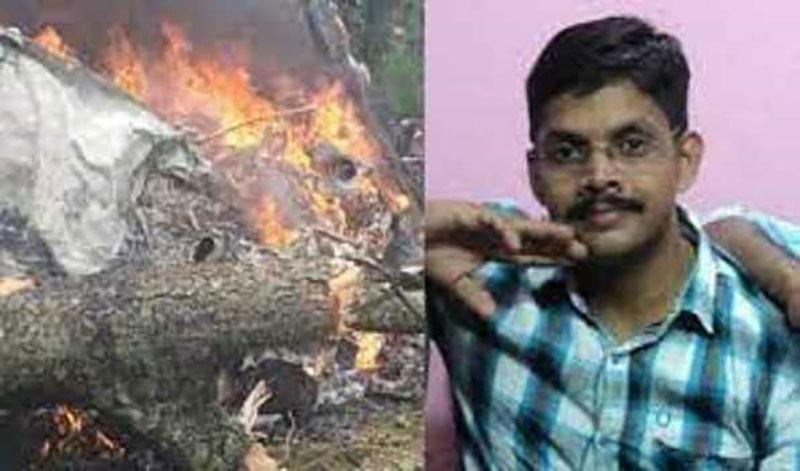 Thrissur/UNI: The body of warrant officer A Pradeep, who was killed in the chopper crash near Coonoor in Tamil Nadu on Wednesday, will be brought to his native home in Ponnukara near here, for cremation with full military honours.

Warrant Officer A Pradeep was on board the same MI 17 chopper which crashed and killed Chief of Defence Staff Gen Bipin Rawat and 13 others.

As soon as the news of his death was confirmed late last evening, several people visited his house to console his parents and relatives.

Officer Pradeep was posted at the IAF station in Sulur near Coimbatore.

The 37-year-old had come home for his son’s birthday just four days ago. His father, Arakkal Radhakrishan, is on life support due to chronic pulmonary disease.

“He was here four days ago for his son’s birthday celebrations and to spend time with his bed-ridden father,” she said.

Pradeep had joined the Air Force in 2002 and had been stationed all around the country. He had been staying with his wife Sreelakshmi and two kids at IAF’s staff quarters in Sulur.

During the devastating floods of 2018 in Kerala, he had been part of the Air Force’s team which took part in the rescue operations. The state government had honoured him for being part of the missions that airlifted thousands of people during the floods. Prior to that, he had also taken part in several rescue missions in North India.