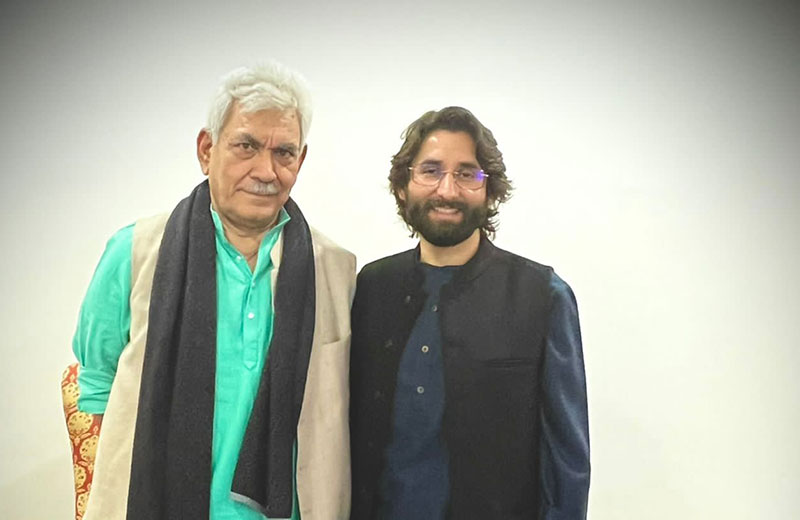 Junaid said that Sinha had assured him 'justice shall prevail' and a thorough enquiry was going on into the incident.

"Had a very important discussion with Honourable LG Shri Manoj Sinha Sahab wherein we discussed the Hyderpora incident in detail and I was told that the matter is being enquired into thoroughly and promised that justice shall prevail," the Kashmiri politician told IBNS.

"Many other important issues were discussed and I was heard with open ears by Shri Manoj Sinha Sahab. It is always a privilege to meet Shri Manoj Sinha as his encouragement is fuel for me which keeps me going," Junaid added. "Blessings are the most important thing which one can earn in this world & to have blessings of pious people like Shri Sinha makes one truly blessed." Two civilians, who were identified as Mudasir Gul and Altaf Ahmad Bhat, died during a controversial encounter in Hyderpora last month.

A suspected Pakistani militant was among the four people killed in the encounter.

The Jammu and Kashmir government had already ordered a magisterial probe into the encounter. The investigation is still underway.