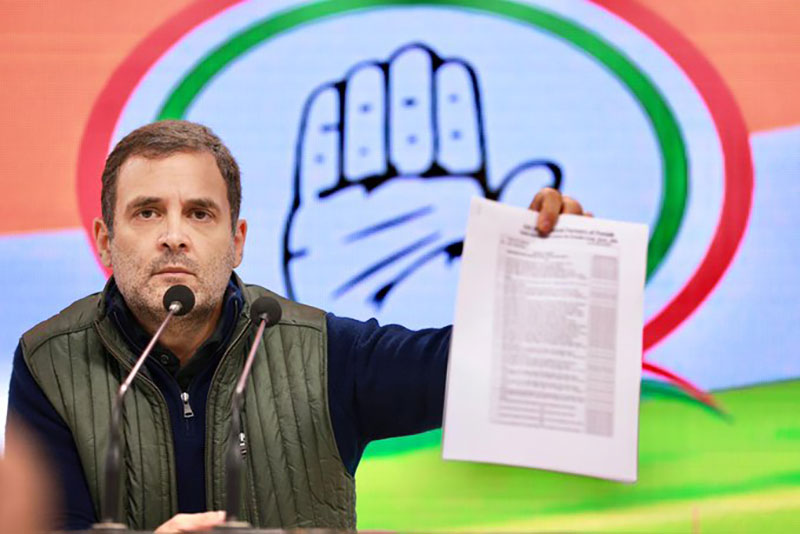 He said the PM apologised from the nation and farmers during his announcement to repeal three farm laws last month, but the apology is still incomplete as several demands of agitating farmers are yet to be addressed.

Rahul Gandhi, in a tweet in Hindi, posted four questions to PM, "PM apologised for making anti-farm laws, so tell in Parliament that how will you atone? When will the Minister of Lakhimpur Kheri incident be sacked? How much compensation will be given to the martyred farmers? When will the false cases against the farmers be withdrawn? When will the law on MSP come? Without these, the apology is incomplete!"

Rahul Gandhi further asked the PM about the Lakhimpur Kheri incident, in which eight people including farmers died.

He then asked about compensation for farmers' families, who lost their lives during the one-year long farmers’ agitation as the government replied in Parliament that it has no records of death of protesting farmers.