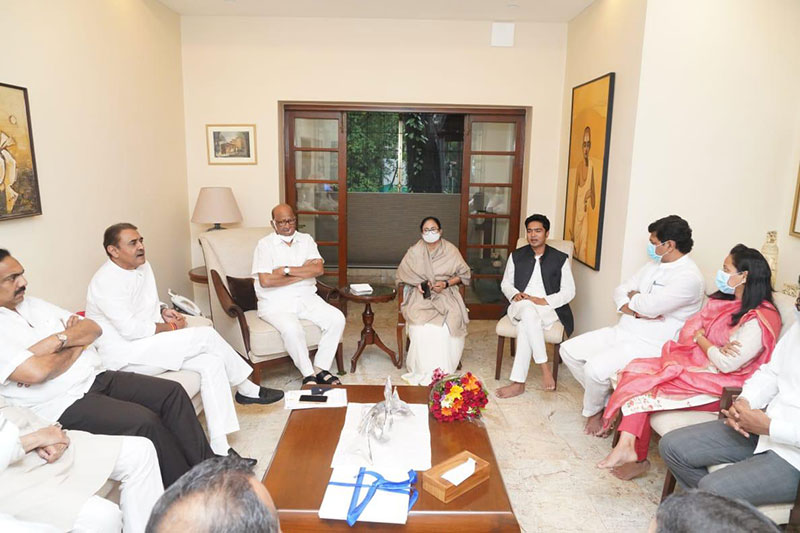 New Delhi/IBNS: The Congress has come out to counter West Bengal Chief Minister Mamata Banerjee's downplaying of the United Progressive Alliance (UPA), led by the grand old party, in the run up to the 2024 General Elections.

Congress leader Kapil Sibal tweeted, "UPA Without the Congress , UPA will be a body without a soul. Time to show opposition unity."

Without the Congress , UPA will be a body without a soul

Banerjee, who heads Congress' strongest offshoot Trinamool Congress (TMC), on Wednesday said after meeting a powerful regional leader Sharad Pawar, "What is UPA? There is no UPA."

Pawar, who was a key player of bringing together opposition ahead of the 2019 contest, said it out: "Template for 2024".

"A firm alternative course should be made as nobody is fighting against ongoing fascism. No one can do this alone. Whoever is strong in whichever place has to fight. Sharad ji is the senior-most leader and I came to discuss it as a political courtesy," Banerjee said.

On being asked about an alternative without the Congress, Banerjee said, "I agree with whatever Sharad ji said. We need a strong alternative that can fight. If someone does not want to fight what can we do? We want everyone to fight together on the field."

She has been catapulted onto the national stage since her mega victory against the Bharatiya Janata Party (BJP) in the April-May assembly elections in West Bengal.

Earlier this week, TMC MP Derek O'Brien said his party is in favour of an Opposition unity but it won't be a rubber stamp.

When asked on why the TMC skipped signing a joint statement by the Opposition parties against the suspension of 12 Rajya Sabha members, O'Brien said, "It was 2.30-3 pm. I was at the working committee meeting. We had a press conference on the issue. We are not like some other parties that are in alliance with a political party or running a government with them.

"We fought alone in Bengal and we won. We are not duty-bound to anybody. We want Opposition unity but will not be anybody’s rubber stamp.”