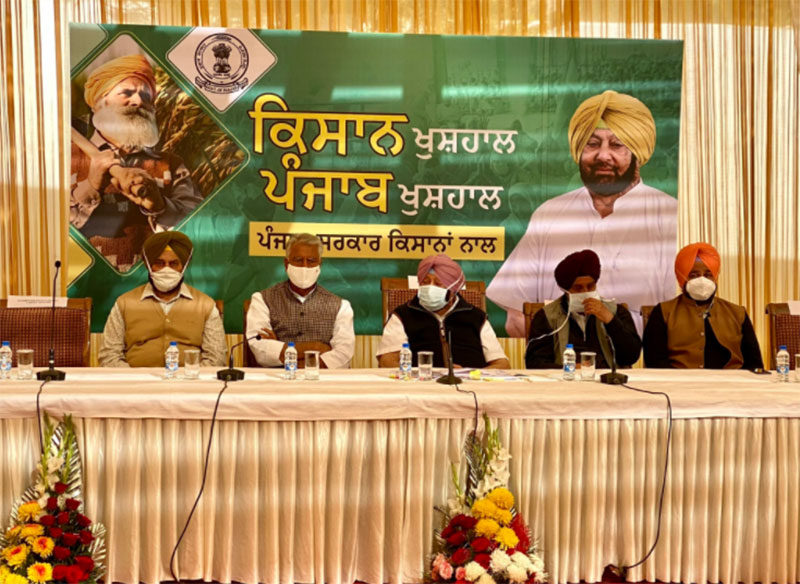 New Delhi: Former Punjab Chief Minister Captain Amarinder Singh had not spoken out against his successor after his unceremonious exit in September - until today.

Responding to a tweet by Chief Minister Charanjit Singh Channi about meeting the protesting farmers on the new agricultural laws, Singh pointed out that talks with farmers were nothing new, that he communicated with the farmers regularly when he was at the helm of the Punjab government.

Reacting rather strongly to the Chief Minister's tweet, Amarinder Singh's spokesperson, Raveen Thukral, said Channi was "misleading" the farmers with the claim that appeared to indicate as if he was the only one speaking with farmers and not the previous Chief Minister.

"My government did all this, Charanjit Singh Channi. We spoke to farmer leaders on farm laws and passed our own amendment laws in the assembly too. But the Governor is sitting over them and he will sit over any new laws. Please don't mislead farmers with false promises," Thukral said, quoting Amarinder Singh.

'My govt did all this @CHARANJITCHANNI. We spoke to farmer leaders on #FarmLaws & passed our own amendment laws in Assembly too. But Governor is sitting over them & he'll sit over any new laws. Pls don’t mislead the farmers with false promises.': @capt_amarinder (File pix) https://t.co/uDn1BpiiGi pic.twitter.com/u21MKrMqaC

After his exit from Congress, Amarinder Singh announced he would neither rejoin the party's ranks nor accept BJP's invitation. He has announced to form his own party which is being seen as a direct challenge to Congress.

Singh has indicated that he would speak to the BJP and other parties for seat-sharing in the next Punjab assembly elections.

"I want to build a strong collective force in the interest of Punjab and its farmers," Amarinder Singh's spokesperson tweeted, quoting him.

'I will soon launch my own party and will hold talks for seat sharing with @BJP4India, breakaway Akali factions & others for #PunjabElections2022 once farmers' issue is resolved. I want to build strong collective force in interest of Punjab & its farmers’: @capt_amarinder 2/2

He denied reports that he engaged in backchannel talks with Congress leader, who want him to stay in the party.

‘Reports of backend talks with @INCIndia are incorrect. The time for rapprochement is over. The decision to part ways with party was taken after much thought and is final. I'm grateful to #SoniaGandhi ji for her support but will not stay in Congress now.': @capt_amarinder 1/2 pic.twitter.com/FbO7Toj28V