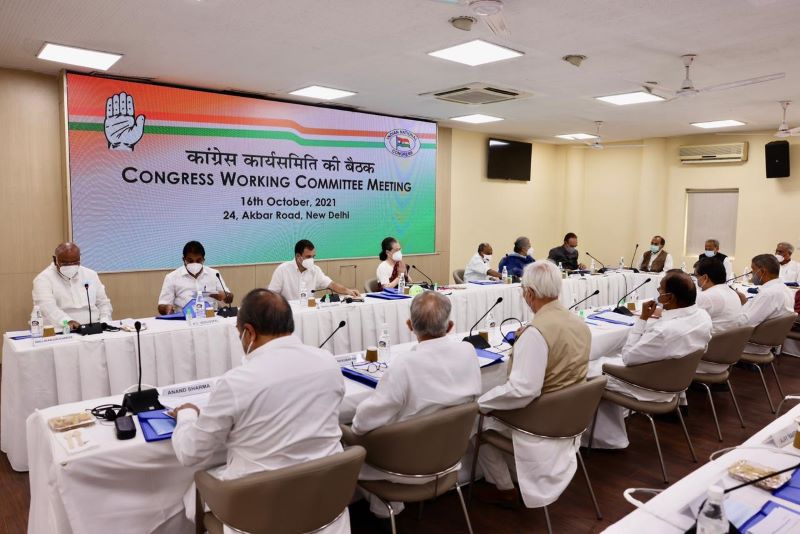 New Delhi/UNI: Congress interim president Sonia Gandhi Saturday condemned the civilian killings in Jammu and Kashmir, and said minorities were clearly being targeted in the valley, adding that it was up to the union government to restore social peace and harmony in the Union Territory.

In her address at the Congress Working Committee meet (CWC), the Congress chief also slammed the union government over the India-China border situation, and questioned the silence of Prime Minister Narendra Modi over the issue.

"In recent days, there has been a sudden spurt in killings in Jammu and Kashmir. Minorities clearly have been targeted. This must be condemned in the strongest possible terms. We have done so and I do so again this morning," the interim president of Congress said.

"J&K has been a Union Territory for two years. The entire responsibility for bringing the perpetrators of these barbaric crimes to justice is that of the Union Government. Restoring social peace and harmony and confidence amongst the people in J&K rests with the Modi government as well," she said.

The comments come in the wake of recent killings of civilians by terrorists in Kashmir. Those murdered include the principal and a teacher of a government school in Srinagar's Eidgah area, Supunder Kour and Deepak Chand, besides 70-year-old Makhan Lal Bindroo, a prominent businessman and the owner of a pharmacy in Srinagar, and a street vendor from Bihar, Virendra Paswan, also a cab driver Mohd Shafi Lone.

According to a police statement, “So far, 28 civilians have been killed by terrorists in 2021. Out of 28, five persons belong to the local Hindu/Sikh community and 2 non-local Hindu labourers."

Sonia Gandhi also slammed the government for its silence on the ongoing India-China border dispute that has stretched for months and even seen brutal attacks.

"We face serious challenges on our borders and on other fronts. The Prime Minister told the opposition leaders last year that there had not been any occupation of our territory by China and his silence ever since is costing our nation dearly," she said.

She also said that foreign policy has become a "diabolical instrument of electoral mobilization and polarization" for the present government.

India and China have been in a 17-month military standoff in Eastern Ladakh sector, and the 13th round of Corps Commander level talks held on Oct 11 could not bring any further resolutions for disengagement at the Line of Actual Control.