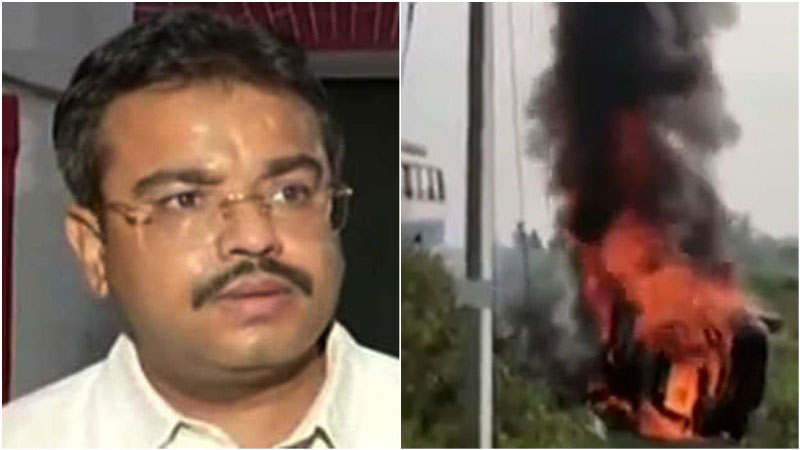 New Delhi/IBNS: Union Minister Ajay Mishra's son Ashish, who is accused of murdering farmers in the Lakhimpur Kheri violence, has been summoned for questioning, the Uttar Pradesh police said on Wednesday.

Four days after eight people, including four farmers and a journalist, died in the Lakhimpur Kheri after being run over by a convoy of cars, including one owned by Ajay Mishra, the UP Police arrested the two accused.

The two arrested people were identified as Luvkush Rana and Ashish Pandey, according to media reports.

Police said the two arrested are close aides of Ashish and more raids are going on, the report stated.

Ashish has been asked to appear before the crime branch at 10 AM on Friday and the summons were pasted outside his residence in Shahpur Kothi area.

The arrests come hours after the Supreme Court on Thursday directed the UP government to submit a report within a day on how many arrests have been made so far in connection with the case.

"In the status report also tell us about the eight persons who have been killed. Farmers, journalist etc. It is an unfortunate incident. Tell us whom you registered FIR against. How many have you arrested," the court questioned the government as quoted by NDTV.

However, a new video of the incident indicates that three cars were involved in the Lakhimpur Kheri violence and those cars were not under any attack.

The first car drove into a group of protesters, who were walking with flags, at an unexpectedly high speed, followed by the two other cars.