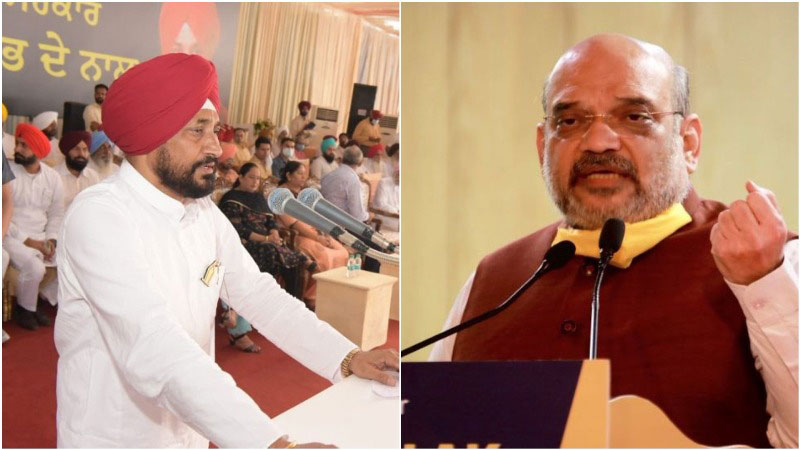 "These three farm laws should be repealed at the earliest and incidents like this (Uttar Pradesh's Lakhimpur Kheri) need to be scrapped. I will discuss this issue with Union Home Minister Amit Shah in today's meeting," Channi told reporters in Chandigarh, before leaving for Delhi.

Channi's meeting with the Union Home Minister came a day after he was denied permission to visit Lakhimpur Kheri.

Meanwhile, his deputy Sukhjinder Singh Randhawa and some Congress MLAs were "detained" after they were stopped at the Haryana-UP border.

At least eight people were killed in the Lakhimpur Kheri Sunday as violence erupted during a farmers' protest, media reports said.

Samyukta Kisan Morcha, an umbrella body of several farmer unions, had alleged four farmers lost their lives in the incident.

According to reports, the farmers were allegedly mowed down by a car driven by the son of a Union minister.

The death of the farmers sparked violence and arson in the area in which four more people died.

Punjab Chief Minister earlier urged Prime Minister Narendra Modi to impress upon the UP government for taking firm steps in ensuring justice to the victims' families of the Lakhimpur Kheri incident.

He also reiterated the need to repeal the Centre's three contentious farm laws.