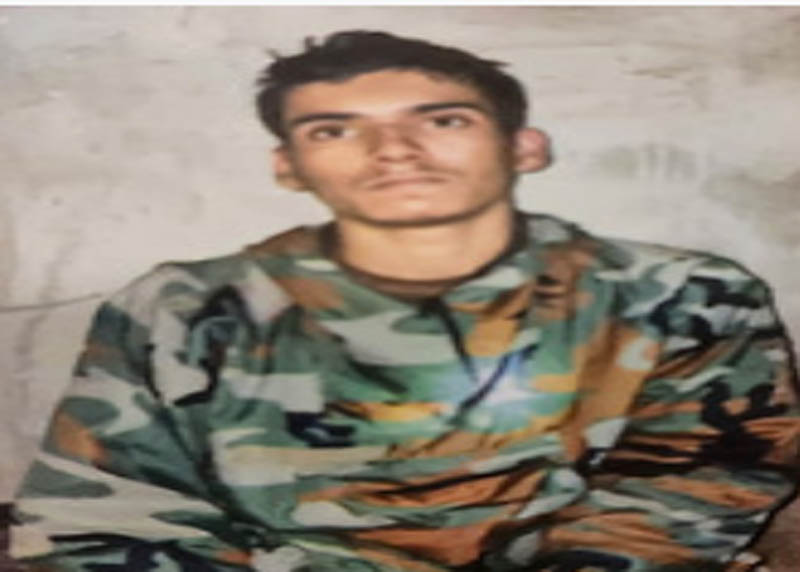 Uri/IBNS: A Pakistani Lashkar-e-Taiba (LeT) terrorist, who was caught by the India Army during a live encounter in Uri sector, has asked his handlers in the neighbouring nation to take him back to his mother.

“I appeal to the Lashkar-e-Taiba (LeT) area commander, the ISI and the Pakistan Army to take me back to my mother just like they sent me here (India)," the teen terrorist was quoted as saying in a video message released by the Army.


The captured terrorist said the ISI and the LeT were circulating lies about the Kashmir situation and they were told that the Indian Army was carrying out a bloodbath. "I want to tell my mother that the Indian Army has taken good care of me,” he said in the video released by the Army.

In a major achievement, Indian Army has caught alive the Pakistani terrorist who was trying to infiltrate into Kashmir via Uri sector of Line of Control (LoC), along with several other terrorists of Lashkar-e-Taiba (LeT), seven of whom were killed in an operation that lasted 10 days.

The 19-year-old terrorist, identified as Ali Babar Patra of Dipalpur in Okara district of Pakistan's Punjab province, had revealed during his initial interrogation that the group of infiltrating terrorists were supported by the Pakistani side with three porters carrying up to the LoC a large consignment of arms and ammunition meant for attacks in India, a top Army official told reporters on Tuesday.

"The Pakistan post is opposite this Jaabri post. Movement of such a large people can not take place without active complicity of the Pakistani Army," General Officer Commanding (GOC) Major General Virendra Vats was earlier quoted as saying by UNI.

During the entire operation, which began on Sept 18 with the interception of the infiltration attempt, the Indian Army recovered seven AK rifles, nine pistols and revolvers, and more than 80 grenades of various kinds besides Pakistani and Indian currency.

Altogether seven terrorists were killed while Patra was captured alive, the Major General said while talking about thwarting the infiltration attempt through the Salamabad Nallah.

"This is the same area through which we have had a history of infiltration in 2016, that is when a suicide attack at the Uri Garrison took place," he said, referring to the terrorist strike of September 19, 2016, in which 18 Indian soldiers were killed.

India had retaliated the attack by carrying out surgical strikes at various terror camps located along the LoC over a huge stretch in PoK. Giving details about the operation, the Major General said, "The infiltrating group consisted of 6 infiltrators and two of them managed to sneak into the Indian side while four others went back, taking advantage of darkness."

"Two terrorists who were in the process of crossing the fence sneaked down this side and once we realized all this, additional forces were mobilized but owing to the civilian population maximum restraint was exercised to avoid any collateral damage during the operation. All this happened on the night of the 18th," he said.

Talking about Patra, the Major General said he has admitted that he was a member of LeT and was trained by the outfit.

"He (Patra) said that he underwent a three-week (training) course in 2019 at Khyber camp in Muzaffarabad. Subsequently, he was sent home and thereafter he was recalled for some important task this year," he said.

"He has also given the contact number of his mother, while he claimed that he was informed by his handlers that he was supposed to drop a supply in the area of Pattan in north Kashmir district of Baramulla," he said.

He said, "But when we saw the recoveries that were made, it is quite possible that these infiltrators had come here for some kind of strike, which went beyond the supply drop."

"What we have also seen is that there has been a lot of movement in the launch pad across the LoC. An infiltration was also made when three terrorists were neutralised in the neighboring area, which shows the desperation of Pakistan when they see peace and stability in Kashmir," he said.

He said two of the terrorists entered this side while four went back to POK taking the advantage of wild grass and dense forest.

Additional forces were mobilised and a massive search operation was launched, he said adding both the terrorists tried to escape to PoK a number of times but each time the Indian troops opened fire.

Maj Gen Vats said, "Finally, on September 25, a fresh contact was established with the terrorists and on the morning of next day (Sept 26) one of the terrorists was killed. However, another terrorist pleaded for his life and said he wanted to surrender and lay down his arms and ammunition. Keeping in view the traditions of the Indian Army we did not use any force against him. We do not use any force against any unarmed person."

He told the media, "The terrorist surrendered and we took him into custody. He identified himself as the son of late Mohammad Lateef."

Pakistan is making desperate attempts to send more militants to create a sensation in Kashmir, where total peace prevails and people are with the security forces, the Major General said.

The slain terrorist was identified as Atiq ur Rehman alias Qari Anas (33), belonging to District Attock in Punjab, Pakistan.

In reply to a question, he said the Indian Army does not differentiate between local or Pakistani terrorists, noting if the terrorist is willing to surrender we will allow him.

On Sept 23, the Indian troops had killed three terrorists at Rampur in Uri sector immediately after they sneaked into this side from PoK.