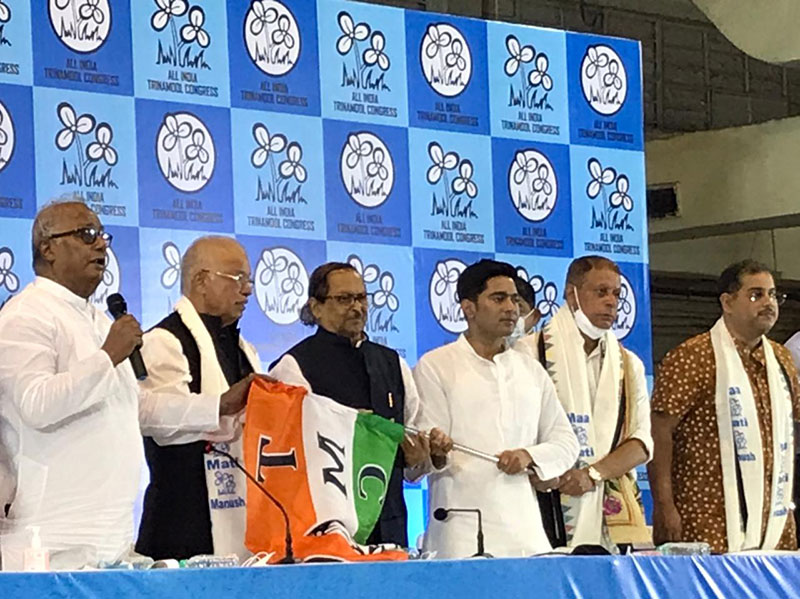 The Goan leader joined the party in the presence of  general secretary Abhishek Banerjee and other senior leaders such as Sougata Ray and Subrata Mukherjee.

"The moment has come where all Congresses need to come together to face the BJP government," he said.

Faleiro along with a few other leaders from Goa earlier in the day met West Bengal Chief Minister Mamata Banerjee in Nabanna. 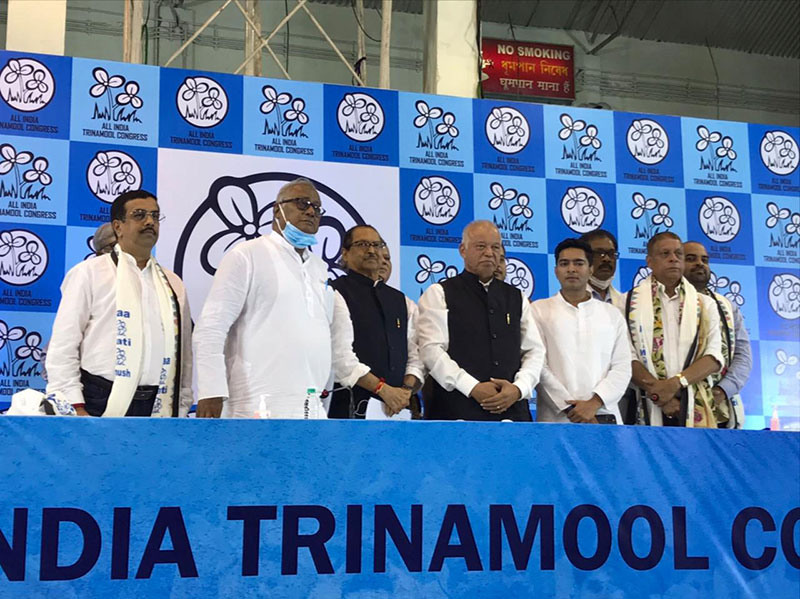 Luizinho Faleiro resigned from the Congress party on Monday.

Goa will vote to elect a new Assembly next year.

The development comes days after TMC national general secretary Abhishek Banerjee said his party will plunge into Goa politics, throwing a challenge to his arch-rival Bharatiya Janata Party (BJP), which rules the state.

The TMC has already activated its organisation in Tripura and Assam, which are also governed by the BJP.

Banerjee announced his plans to expand his party after the TMC decimated the BJP in bitterly-fought 2021 West Bengal Assembly Elections, where the saffron party threw everything to assume power for the first time.

(Images and Inputs by Souvik Ghosh/IBNS)