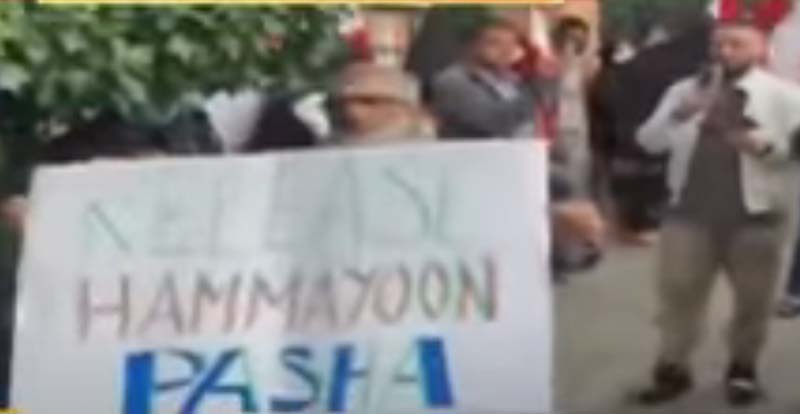 Activists from  Pakistan-occupied Kashmir on Monday demonstrated in London against the visit of Pakistan's  Foreign Minister Shah Mehmood Qureshi.

Kashmiris were joined by Baloch and Sindhi activists as Qureshi reached London on Sunday on a three-day official visit to the United Kingdom, ANI reported.

The activist also raised slogans of "Shame-Shame Pakistan" and asked UK government not to entertain Qureshi, "the biggest violator of human rights in the name of the bilateral relationship."