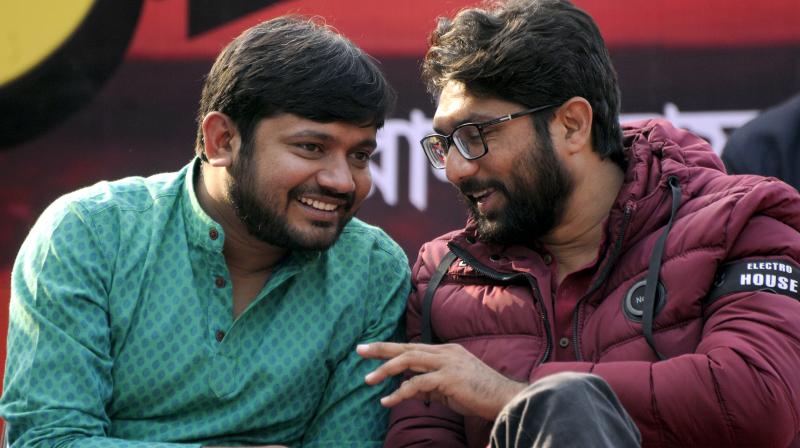 Though Kanhaiya had contested on a CPI ticket from his hometown Begusaraiin Bihar, he was defeated by Bharatiya Janata Party (BJP)'s Giriraj Singh.

The student leader was arrested after allegedly raising anti-India slogans during a JNU event in 2016.

Mevani, who is also a lawyer as well as a journalist, fought and won from Gujarat's Vadgam Assembly Constituency in 2017 as an Independent candidate.

Mevani's joining in the Congress camp is significant as the party is looking to give a push to the scheduled caste community ahead of the elections in a number of states including Gujarat due to be held next year.