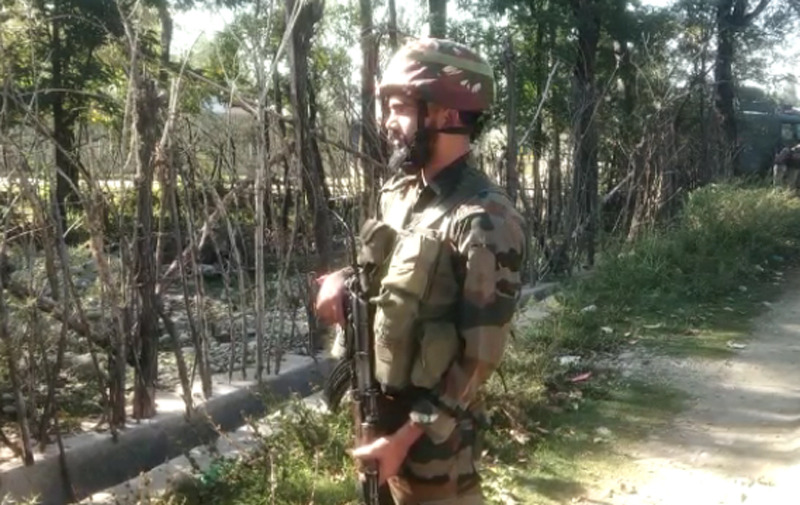 Jammu and Kashmir: 2 LeT terrorists who were involved in killing BJP leader neutralized during Bandipora encounter

Srinagar: Two Lashkar-e-Taiba (LeT) militants, who were involved in the killer of BJP leader Sheikh Waseem Bari last year, were neutralized during an encounter with security forces in north Kashmir district of Bandipora on Sunday, a police spokesman said.

Bari along with his father Bashir Ahmad and brother Umer Bashir were shot dead by militants in July 2020.

He said troops of 14 Rashtriya Rifles (RR), Special Operation Group (SOG) of Jammu and Kashmir police and CRPF launched a joint operation at village Watinra in Bandipora following a tip off about the presence of militants.

However, he said when the security forces were moving towards a particular area in the village, militants hiding there opened fire.

He said during the operation, the holed up militants were given repeated opportunities to surrender.

But, he said the militants refused to surrender and instead fired indiscriminately upon the joint search party, which was retaliated leading to an encounter.

The spokesman said that two militants were killed in the exchange of fire and large cache of arms and ammunition were recovered from the encounter site.

He said the militants have been identified as Azad Ahmad Shah and Abid Rashid Dar alias Haqani affiliated with proscribed militant outfit LeT.

“Dar was Pakistani trained militant, who had crossed over the Wagah Border in April 2018 and had infiltrated back in the year 2019,” he told UNI.

As per police records, both the militants were involved in planning and executing militant attacks on security establishments and civilian killings. “Dar was instrumental in recruiting the gullible youth into militant ranks of LeT in north Kashmir,” he told the news agency.

He said the slain militants along with foreign militant Usman and Sajad alias Haider were involved in the killing of BJP leader Waseem Bari, his brother and father outside their shops/residence in Muslimabad area of Bandipora.

“Usman and Sajad were already killed in an encounter at Kreeri on August 17, 2020 while as the other two local militants got killed in today’s encounter,” he said.

“Therefore all the four militants involved in case FIR No 74/2019 of Police Station Bandipora pertaining to the killing of BJP leader and his family were eliminated,” he said.

He said all the recovered materials have been taken into case records for further investigation and to probe their complicity in other terror crimes.

“People are requested to cooperate with police till the area is completely sanitized and cleared of all the explosive materials, if any,” he added.