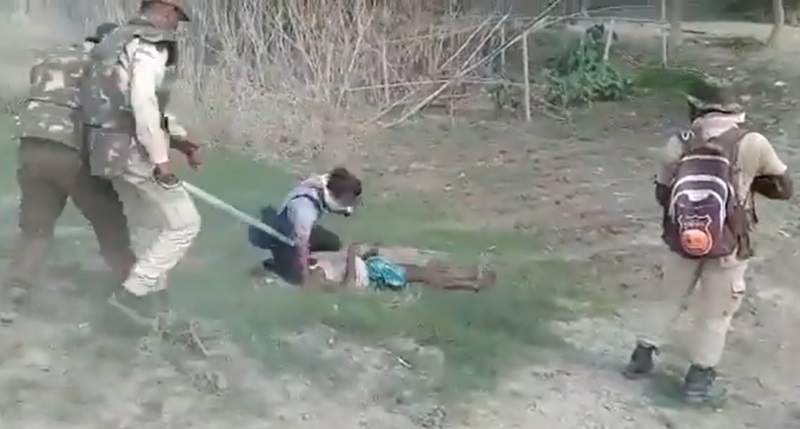 Assam
A clip from the incident | Image Credit: Screenshot grab from video

Guwahati/IBNS: Assam Pradesh Congress Committee (APCC) has strongly condemned the act of police firing on protesters at Dholpur area under Sipajhar assembly constituency in Darrang district and demanded immediate suspension of the Deputy Commissioner and Superintendent of Police (SP) of Darrang district.

The Assam Congress also demanded an immediate halt of the eviction until an appropriate rehabilitation plan is made public.

Assam Pradesh Congress Committee president Bhupen Kumar Borah said, “We have demanded a judicial inquiry by a sitting judge of Gauhati High Court into the incident.”

On Friday, the Assam Congress had submitted a memorandum to the Assam Governor and said that the incident that occurred at Dholpur is undemocratic, unconstitutional and a clear case of state sponsored fire on people living in the char areas. This incident is a gross violation of Right to Equality.

Assam Congress also demanded that the cameraman and the police personnel who were stationed and took part in the whole barbaric act should also be accorded exemplary punishment.

Moreover those deceased or injured should be adequately compensated, an all party meeting along with stakeholders should be immediately called to strategise and plan a rehabilitation and compensation program for the people of Dholpur.

“The Congress party feels that the Chief Minister Dr  Himanta Biswa Sarma despite holding a constitutional post, taking oath to serve and protect all citizens has behaved in a biased manner by constantly giving provocative statements which have made matters worse. His statement of giving full authority to police to do encounter firing had also given license to kill and has dangers of turning Assam into a police state.

"Dr Sarma thereby as CM should watch his words and orders in future to maintain sanity in the police force and peace in the state of Assam. The highly provocative statements of the Political Secretary of the CM should also be brought under judicial enquiry,” said in the memorandum.

A delegation team of the Congress party on Friday visited the Dholpur area and took stock of the situation.