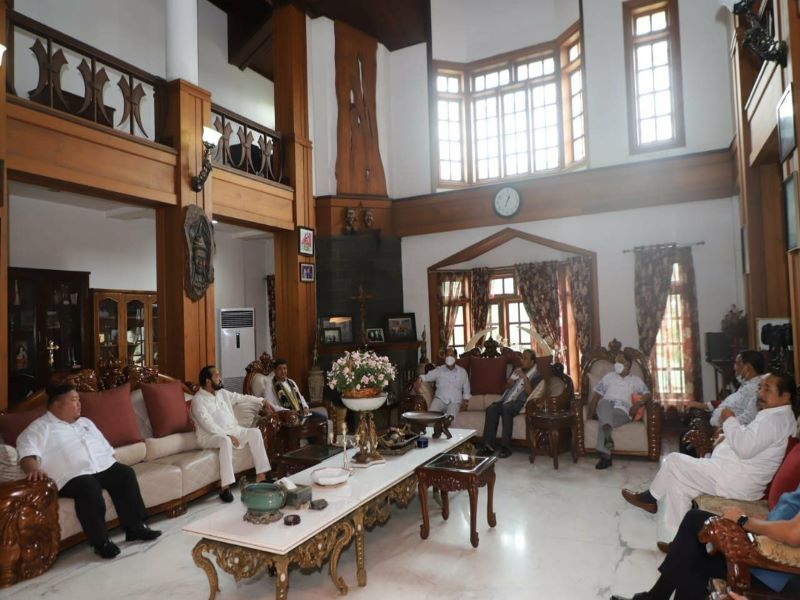 Since the beginning of the negotiations in 1997, this is the first time the armed group has held a dialogue with political leaders.

Though the meeting was informal, it is being viewed as the beginning of a political channel with the rebel group to bring the talks back on track, said the report.

The dialogue restarted on Monday after two years following a deadlock between NSCN-IM leadership and the interlocutor and former Nagaland governor RN Ravi.

The negotiations resumed with NSCN-IM leadership led by Th Muivah in Dimapur and the centre's mediator AK Mishra, the former Special Director of the Intelligence Bureau, meeting probably as a result of the Centre's outreach to resolve the Naga political issue.

The political outreach was led by Himanta Biswa Sarma, the convenor of the North East Democratic Alliance (NEDA), the Northeast version of the NDA, with regional parties as its constituents.

The anti-talk ULFA, also known as ULFA (Independent), has declared a ceasefire responding to the Assam government's peace initiatives.

Sarma said, "ULFA, Assam government had maintained communications with chief Paresh Baruah and now the Union Home Minister has allowed me to hold dialogue if there is any scope directly."