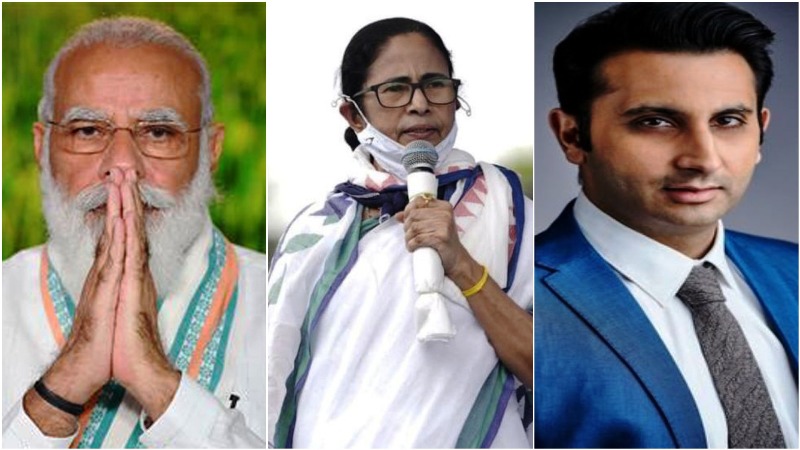 Besides the two leading politicians, another Indian has also featured in the list- Serum Institute of India CEO Adar Poonawalla.

TIME on Wednesday unveiled its list of 'The 100 Most Influential People of 2021' across the world, that includes US President Joe Biden, Vice President Kamala Harris, Chinese President Xi Jinping, Duke and Duchess of Sussex Prince Harry and Meghan as well as former US President Donald Trump.

In its profiling, TIME Magazine said: "In its 74 years as an independent nation, India has had three pivotal leaders. Jawaharlal Nehru, its founding Prime Minister, set the template for the country as secular and democratic. Narendra Modi is the third, dominating the country’s politics like no one since them."

"Despite mishandling COVID-19—the death toll has been estimated to be much higher than the official count—his approval rating has slipped to a still sky-high 71%. When he was elected, many believed that Modi would finally move India off its socialist past and into a capitalist future," it said.

"On May 2, she stood like a fortress against the expansionist ambition of Narendra Modi, a seemingly invincible Prime Minister, when she retained her role of chief minister of West Bengal in the state’s assembly elections, despite the money and men of the ruling Bharatiya Janata Party. Unlike many other women in Indian politics, Mamata has never been framed as someone’s wife, mother, daughter or partner," it said.

Poonawalla's TIME profile says "From the beginning of the pandemic, Adar Poonawalla sought to meet the moment. His company, the Serum Institute of India, was already the world’s largest vaccine maker when he promised 1.1 billion doses of COVID-19 vaccines for the developing world by the end of 2021."

"The pandemic is not over yet, and Poonawalla could still help end it. Vaccine inequality is stark, and delayed immunisation in one part of the world can have global consequences-including the risk of more dangerous variants emerging," it stated.

"A quiet, secretive man who rarely gives public statements or interviews, Baradar nonetheless represents a more moderate current within the Taliban, the one that will be thrust into the limelight to win Western support and desperately needed financial aid. The question is whether the man who coaxed the Americans out of Afghanistan can sway his own movement," he said.