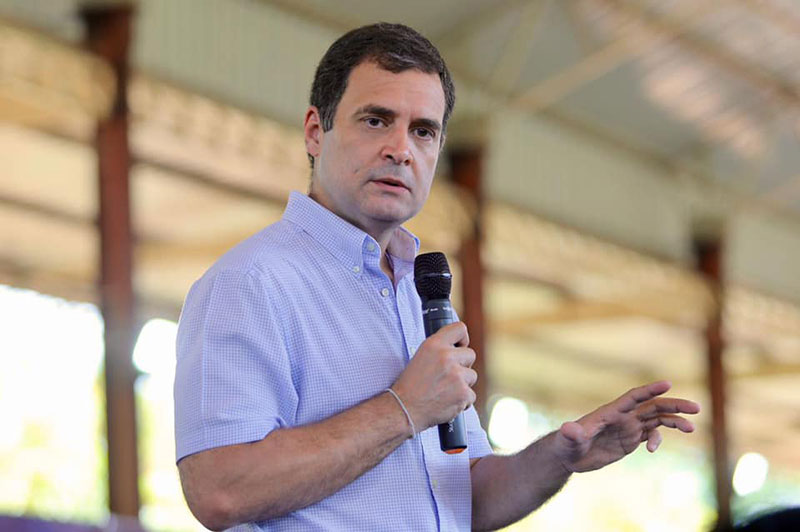 'No one takes him seriously': BJP slams Rahul Gandhi over his dig at Yogi Adityanath

On Tuesday morning, the Congress leader, in an apparent dig at Yogi Adityanath, had posted on Twitter in Hindi: "Jo nafrat kare, woh yogi kaisa! (What kind of a Yogi propagates hate)."

The comment was made in reference to Yogi Adityanath's widely criticised "Abba Jaan" remark.

In response to the same, Adityanath's team said: "No one in politics takes Rahul Gandhi seriously."

"The one who hates rioters, who hates the corrupt, hates terrorists and secures the state and the country, that is Yogi). Maybe it wasn't taught to you in Congress' school," BJP leader Gaurav Bhatia said slamming Gandhi.

Adityanath has been criticised by many political rivals for his swipe at the Samajwadi Party, which lost power to the BJP in 2017.

On Sunday, at the public meeting, the UP Chief Minister had said that only "people who say abba jaan (Urdu for father)" were permitted to consume state-subsidised food before 2017 when the Samajwadi Party was in power.

Reacting to the comments, Samajwadi Party Akhilesh Yadav said the Chief Minister's "language has changed" because he realised his government is on its way out.

"The BJP government is set to go. Hence the Chief Minister's language has changed. UP people want change. People want work done like what was happening during the Samajwadi Party regime," Yadav said at a press conference on Tuesday.