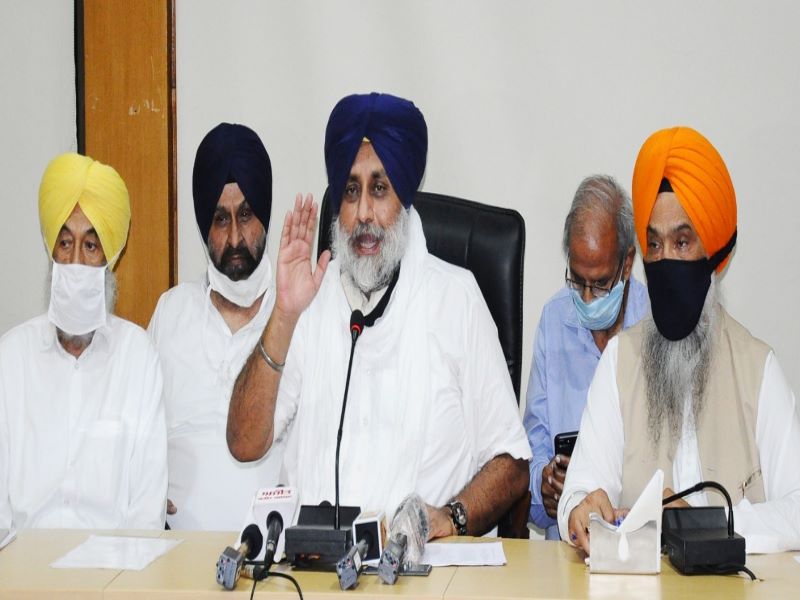 Chandigarh/IBNS: The Punjab BJP has taken a jibe at former NDA ally, Shiromani Akali Dal, over a farmers' protest during an event organised by the regional party two days ago.

"When we were facing protests, these parties (AAP, Congress, and the Akali Dal) used to say 'there was anger against the BJP'. Now, what will you call the incident in Moga?" Sharma asked during a BJP event, reported NDTV.

"Why were you forced to suspend your campaign?" he asked.

On Thursday, police had to use water cannons to disperse a group of farmers trying to force their way into the venue of the SAD event in Moga.

According to media reports, a few days back the SAD had to face the ire of farmers in another event in Baghapurana in Moga.

The Shiromani Akali Dal had quit the BJP led NDA government to oppose the three farm laws introduced last year. Subsequently, it also left the alliance to show solidarity with the farmers.

The Samyukta Kisan Morcha (SKM), an umbrella body of farmers, has been leading a nationwide protest against the three farmer laws introduced last year.

It called for a boycott of political parties aligned with the ruling BJP at the centre.

In the last few months, the SKM has been seen opposing other political parties as well.

The NDTV report said that the SKM has now asked political parties not to hold campaign rallies in the state.