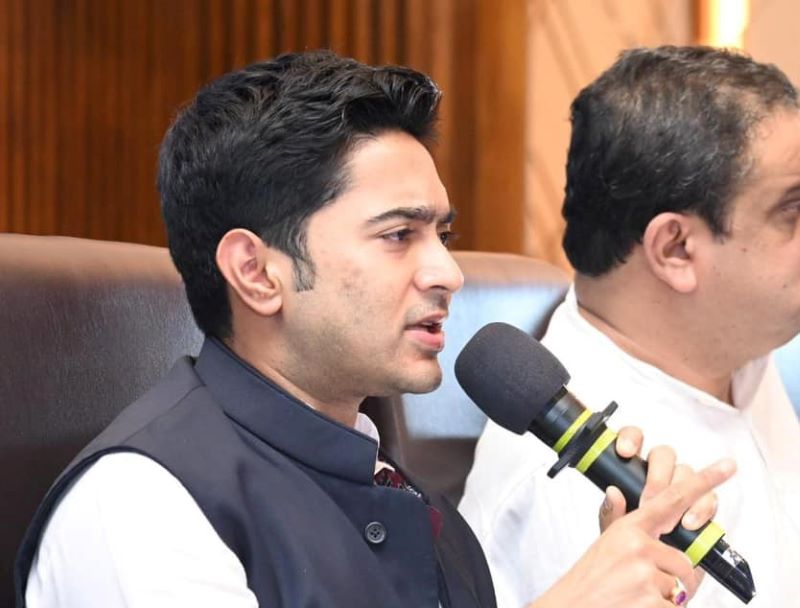 Agartala/IBNS: Throwing challenge to the saffron camp months after winning West Bengal, Trinamool Congress (TMC) national general secretary Abhishek Banerjee Monday said his party will uninstall the Bharatiya Janata Party (BJP) government in the next state elections due to be held in 2023.

Addressing a press conference after meeting his party leaders, Banerjee, the de facto TMC number two man, said, "No matter how much they attack us, we will form government in 2023."

"I didn't find a single CPI-M flag here. Since there is no Opposition, the BJP government is torturing people of Tripura," Banerjee said, at a time the TMC government is accused by the saffron party of indulging in post-poll violence in West Bengal.

Banerjee, the nephew of West Bengal Chief Minister and TMC supremo Mamata Banerjee, visited Tripura Monday in an outreach campaign with a clear intent of expanding his party, which is only relevant in West Bengal, beyond the eastern state.

The young TMC leader, who is holding the reigns of his party along with Mamata Banerjee, cleared there would be no understanding with the Left, which ruled Tripura for 25 years before it was voted out in 2018, to take on the mighty BJP.

Also the TMC, Banerjee says, would not indulge in "horse-trading".

"If we want to do horse-trading, the BJP government will collapse tomorrow. But we won't do that. We want the democraticlly elected government to function full term," the two-term Lok Sabha MP said and added, "The right-hand men of Biplab Deb are in touch with us. Some of them even met us in Kolkata. I won't reveal their names, making them uncomfortable."

"There is no question of allying with the CPI-M. But if CPI-M workers want to join the TMC in fight against the BJP, they are welcome," Banerjee said.

The TMC national general secretary, who met with various blockades and protests on his way from the airport to Tripureswari temple earlier in the day, said he will again visit Tripura after 15 days to strengthen the party organisation.