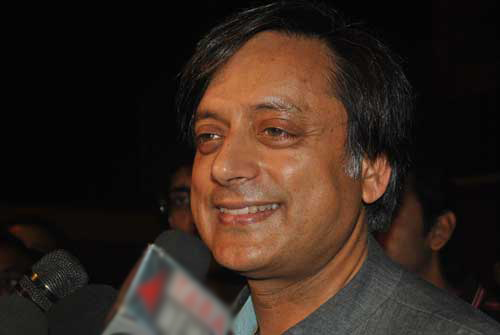 Tharoor was in Kolkata to attend the Apeejay Kolkata Literary Festival (AKLF).

Tharoor refused to comment on the case as the leader was mobbed by media persons here.

The Delhi police had filed a murder case recently alleging that Pushkar was poisoned, either orally or by injection.

Sunanda Pushkar, 52, was found dead in her room at a luxury hotel in Delhi on January 17 last year - days after a public spat on social media with a Pakistani journalist she alleged had an affair with her husband.