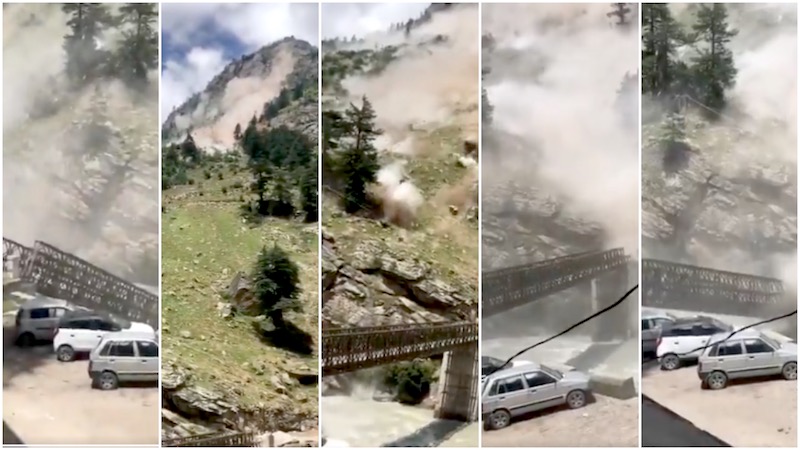 Kinnaur/IBNS/UNI: At least nine tourists were killed and three others injured due to massive landslides and subsequent rolling down of huge boulders from a hill near Butsari area of Sangla valley of Kinnaur district in Himachal Pradesh.

SHO Sangla said that out of eleven people sitting in a tempo traveller nine lost their lives and two were injured. Eight died on the spot while one died in the hospital. One of the local people was also injured in the mishap.

Meanwhile, Prime Minister Narendra Modi announced an ex-gratia of Rs. 2 lakh each from PMNRF and it would be given to the next of kin of those who lost their lives in an accident.

Hindustan Time quoted SP SR Rana saying that a tempo traveler carrying tourists coming from Chitkul to Sangla was hit by a landslide due to the falling of rocks near Gunsa, in which eight people died on the spot and one injured died at Sangla Primary Health Center. Three people have been said to be injured in this accident.

He said the tourists were from Delhi and Chandigarh. The accident is said to have happened around 1525 in the afternoon on the banks of the BSP river, a tributary of the Sutlej river.

Kinnaur Deputy Commissioner Abid Husail Sadiq also reached the spot and said due to the landslide, the bridge built on the Baspa river for the village has broken, resulting which the connectivity of the village has been cut off from the country. Several vehicles were also damaged due to landslides including rocks falling from the mountains.

Police and administration have started the work of extricating the dead bodies, but the stones falling from the mountain are coming in the way.

Two video shot by local people showed that massive landslide occurred near a top of a hill in Sangla valley. The boulders\\\\\\\\ started rolling down the withering hills causing devastation. 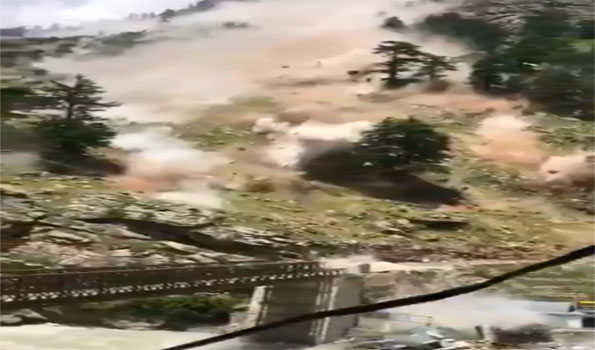 The boulders caused massive devastation on the left bank of Baspa river. It knocked down a massive bridge linking the Sangla and Butsari village. The video showed how a rock hit the bridge and it crumbled in the Baspa river the tributary of Satluj river.

At the time of the incident, numerous vehicles were running on the Sangla Chhitkul road on the left and right bank.

At the time of the landslide it was mainly dry. The hills of Kinnaur district started withering down, having fragile ecology and jolted by the number of power projects coming in the tribal district. The road mishap, landslides and cloud bursts have taken about 170 lives in the monsoon season in the state.