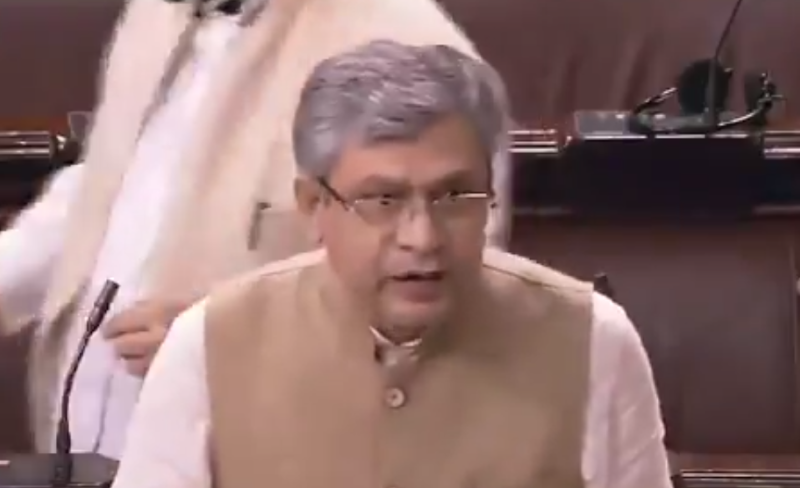 Ruckus in Parliament as TMC MP snatches Pegasus statement from IT Minister, tears it, throws at Chair

New Delhi/IBNS: A fresh round of ruckus occurred inside Parliament Thursday over the Pegasus issue after a Trinamool Congress (TMC) Rajya Sabha MP snatched a statement from Information Technology Minister Ashwini Vaishnaw, tore it and threw it at the Chair.

TMC MP Shantanu Sen threw the torn pieces of the statement on Pegasus at Deputy Chairman Harivansh Narayan Singh, who was at the Chair then, forcing the minister to lay the paper on the table.

Following this, a heated conversation took place between another union minister Hardeep Singh Puri and Sen.

Marshalls were brought in to bring the situation under control.

Condemning the incident, Union Minister and BJP leader Meenakshi Lekhi said, "The TMC member's action in Parliament was shameful. The Congress and TMC are constantly building a wrong narrative. Some journalists who do yellow journalism are helping them. Amnesty has itself rejected the list and stated it has no business with it."

She also said, "The published story is based on a list of numbers available in any directory. Second, Amnesty International has denied this. The company whose product is Pegasus, has claimed that these claims are uncorroborated and do not tally with their customer base."

Defending his action, Sen later in a press conference said, "I was about to be attacked physically. Then my other colleagues came to my rescue."