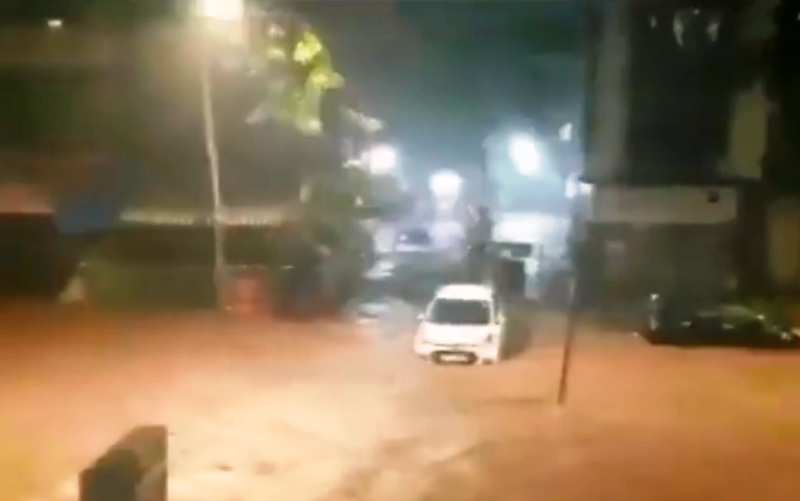 Mumbai/IBNS: At least 15 people died after they got trapped under the rubble of their homes in Mumbai's Chembur and Vikhroli areas following heavy rains that lashed the city since last night, media reports said.

The heavy rains continued until early Sunday morning resulting in the sounding of a red alert in the city. People have been advised not to venture out in the open.

According to the Brihanmumbai Municipal Corporation (BMC), a ground-plus-one residential building collapsed in the Vikhroli area on Sunday morning leaving three people killed.

Those injured have been moved to nearby hospitals for treatment.

Rescue operations are still continuing in both these areas as more people are feared to be trapped.

Three bodies have been recovered and 5-6 more people are feared trapped in the debris of the building that collapsed in the Vikhroli area .

The suburban train services in the city were suspended due to water logging in the tracks as a result of the overnight downpour.

Central Railway said that due to water logging in tracks at Dadar, Parel, Matunga, Kurla, Sion, Bhandup and other locations, train services on main line were suspended between CSMT and Thane.