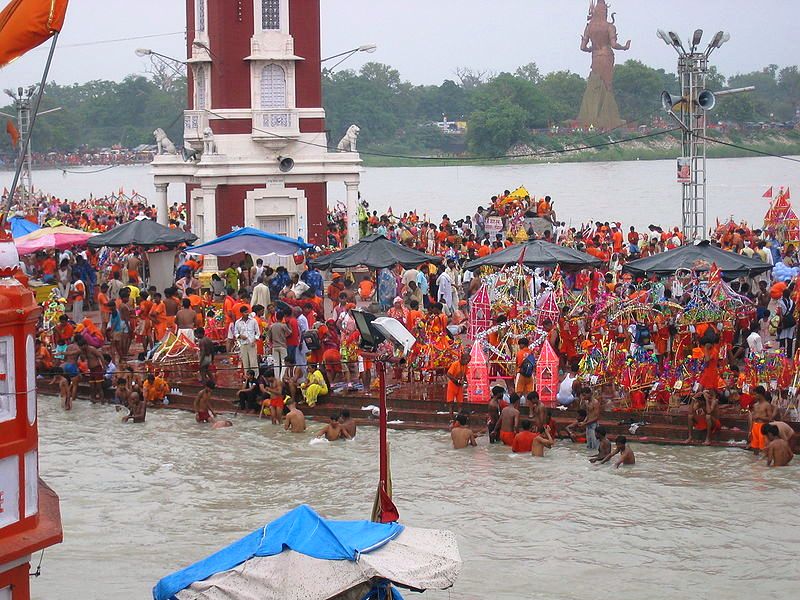 New Delhi/IBNS: Prioritising the lives of people amid COVID-19, the Supreme Court Friday asked the Uttar Pradesh government to reconsider its decision to hold Kanwar Yatra, which has already been called off by its neighbouring state Uttarakhand for the same reason.

"We are of prima facie view that it concerns all of us and is at the heart of the fundamental right to life. The health of citizenry of India and right to life is paramount, all other sentiments... is subservient to this basic fundamental right," Justice RF Nariman said as quoted by NDTV.

The bench comprising Justice Nariman said the court will be forced to pass an order if Chief Minister Yogi Adityanath-led Bharatiya Janata Party (BJP) government fails to reconsider its decision.

"We can give you one more opportunity to consider holding a yatra physically at all. This or else we pass an order. We are all Indians and this suo motu has been taken up as Article 21 applies to all of us. Either you reconsider to have it at all or we deliver," the bench said.

During the court hearing, the state government said it plans to hold the yatra symbolically and devotees, who are fully vaccinated, will only be allowed.

"The UP disaster Management Authority discussed this issue and said those who undertake yatra must be fully vaccinated. Gangajal is being kept at tankers at locations," the state government lawyer, CS Vaidyanathan, said as quoted by NDTV.

In reply to this, Justice Nariman said, "We all are citizens of India Article 21- right to life applies to all. UP cannot go ahead with physical yatra".

The next hearing is scheduled on Monday.

Kanwar Yatra is a fortnight-long yatra, which begins with the onset of the month of Shravan, around Jul 25 and continues till the first week of August.