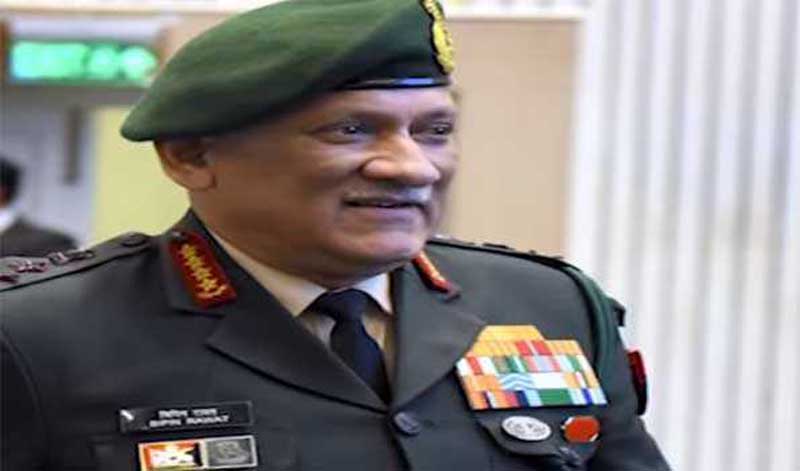 Jammu/UNI: Chief of Defence Staff (CDS) Gen Bipin Rawat has arrived in Jammu to review the security situation in the aftermath of suspected drone attacks on the high security zone of the Air Force Station, Jammu.

They said that Gen Rawat would meet top officers of the Army, Police, Para-military and intelligence agencies.

"The CDS will also take a review on the prevailing security situation along the borders and hinterlands especially after the drone attacks," the sources added.

As per unconfirmed reports, Gen Rawat may also visit forward areas of the LoC and in Ladakh, to review the situation along the Line of Actual Control (LAC).

"Army has also enhanced it's patrol along the LoC and have been equipped with modern gadgets to tackle drone attacks and infiltration attempts from across the border," they said.