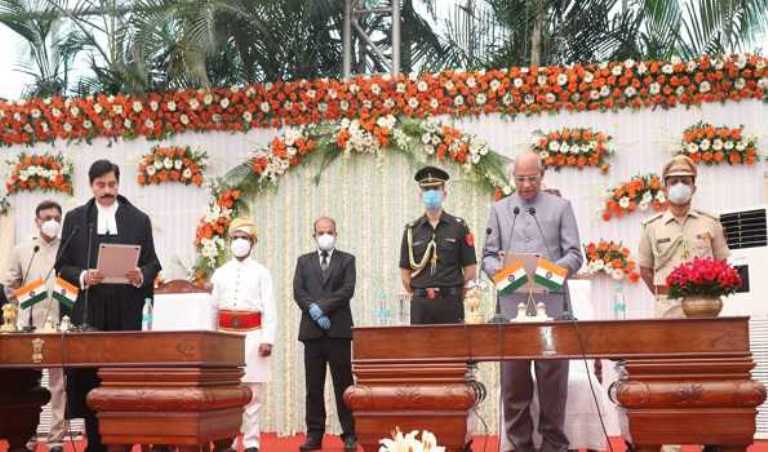 Ranchi/UNI: Ramesh Bais on Wednesday took oath as the tenth Governor of Jharkhand.

At the Birsa Mandap of the Raj Bhawan Chief Justice of Jharkhand High Court, Dr Ravi Ranjan administered the oath to him.

Before his appointment in Jharkhand, he was serving as the Governor of Tripura.

He replaced Draupadi Murmu who was the first tribal woman Governor of Jharkhand having served the maximum duration.

He became an MP from the BJP for the first time from Raipur in 1989 and went on to represent the seat till 2019.

He had also served as a Union Minister of State in Atal Bihari Vajpayee government and was also the Chief whip of the party in Lok Sabha.