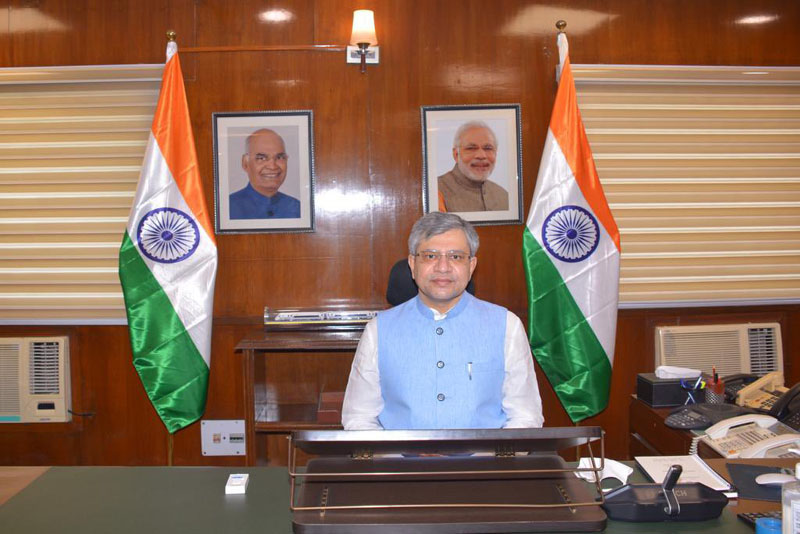 New Delhi/UNI: Ashwini Vaishnaw took charge as the country's Railway Minister on Thursday, a day after the Cabinet expansion.

After assuming the charge, Vaishnaw said that he will work towards transforming the Railways as per the vision of Prime Minister Narendra Modi.

“Once again from the core of my heart, I extend my gratitude to the Hon’ble PM @narendramodi ji for entrusting the responsibility”, he tweeted.

In the newly formed Union Cabinet, Vaishnaw was allocated the Communication, Electronics and Information Technology Ministry along with Railways.

Vaishnaw is a BJP Rajya Sabha MP from Odisha.

"A former IAS Officer of the 1994 batch, he handled important responsibilities over 15 years and was particularly known for his contribution to the PPP (public-private partnership) framework in Infrastructure," the government said in a note.