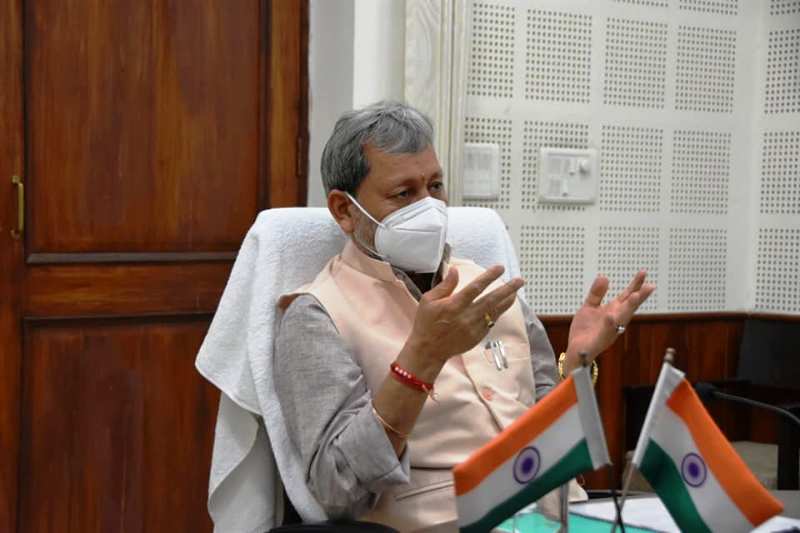 New Delhi/IBNS: Uttarakhand Chief Minister Tirath Singh Rawat has requested an appointment with the state governor on Friday evening amid reports that he will resign from the post.

The speculation for his resignation comes barely after four months he took charge as the chief minister of Uttarakhand.

Rawat had been in Delhi for the past three days and held several meetings with the Bharatiya Janata Party (BJP) leadership.

Soon after his meeting with BJP president JP Nadda on Friday afternoon, he sought an appointment with Governor Baby Rani Maurya.

To retain his post, Rawat, who is an MP, would need to win an assembly seat and become a member of the Uttarakhand legislative assembly by September 10.

However, it was unlikely for the Election Commission to announce by-polls at this time amid the COVID crisis and the massive controversy over the March-April Assembly election in five states.