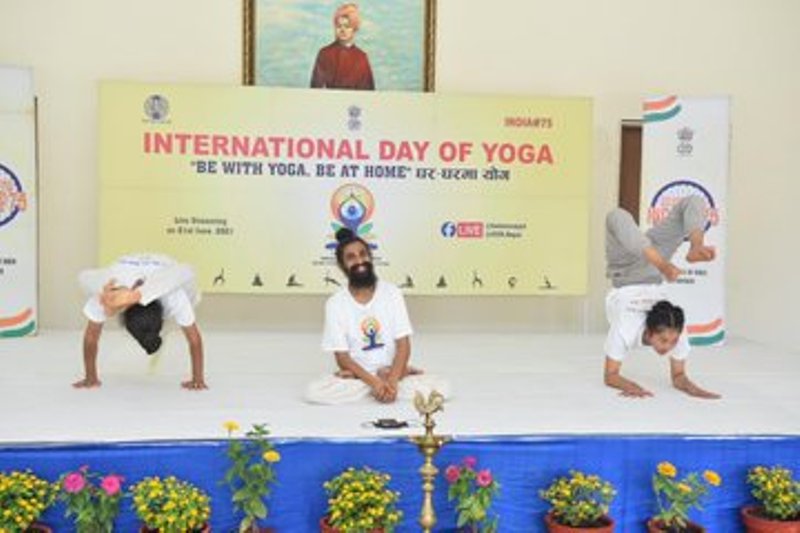 The Indian embassy in Nepal has organized the seventh International Day of Yoga on Sunday virtually. The theme this year is "Be With Yoga, Be At Home" (Ghar Ghar ma Yog) in line with the Covid-19 restrictions,  encouraging people to practice "Yoga for Wellness".

A lecture-cum-demonstration of Common Yoga Protocol, by Nepali Yog Guru Shi Loknath Khanalat the Swami Vivekanand Culture Centre of the embassy in Kathmandu was live-broadcasted on its official Facebook page.

The embassy also organized essay writings and video-blogging events to increase the participation of youth, reported The Himalayan Times.

In addition to the event, a conversation on "Relevance of Yoga in times of Covid-19" with Yogacharya Shri Sunil Maan was also broadcasted on Monday on ten prominent Radio FM channels covering all provinces of Nepal.

Since 2015, the International Day of Yoga has been celebrated annually on 21 June, following its inception in the United Nations General Assembly in 2014. The date, 21 June, was suggested by Indian Prime Minister Narendra Modi in 2014 as it is the longest day of the year in the Northern Hemisphere.