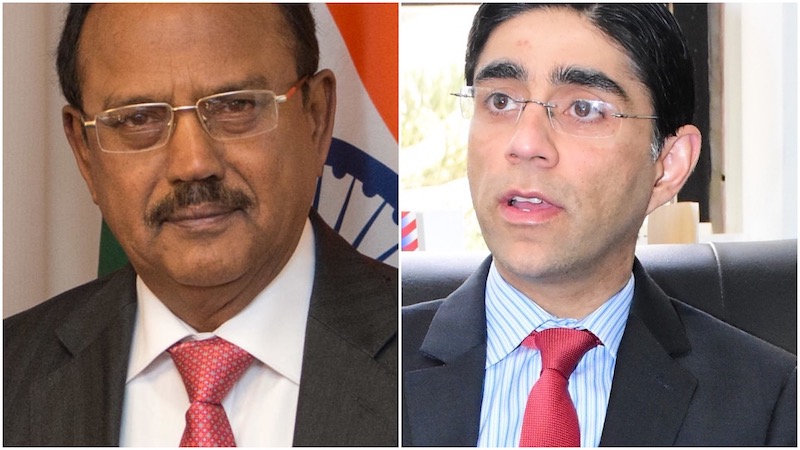 While the officials said no meeting had been scheduled between the two NSAs, the SCO meeting, of the “Secretaries of the Security Council”, comes months after India and Pakistan embarked on a series of decisions to defuse tensions, with a back-channel dialogue led by Doval and military officials in Pakistan, according to several reports, that have not been denied, beginning with the announcement of a ceasefire agreement at the Line of Control, reports The Hindu.

The NSA level meeting will be held on June 23, preceded by a Senior Officials Meeting (SOM) on June 22, the newspaper reported.

In addition to other security concerns to be discussed, the security officials will set the course for the annual “Regional Anti-Terror Structure” (RATS) mechanism joint exercises by SCO member troops, to be held in Pakistan this year, where Indian troops are due to attend, The Hindu reported.

The meeting will take place just ahead of Modi's All-Party Meeting with leaders of Jammu and Kashmir.