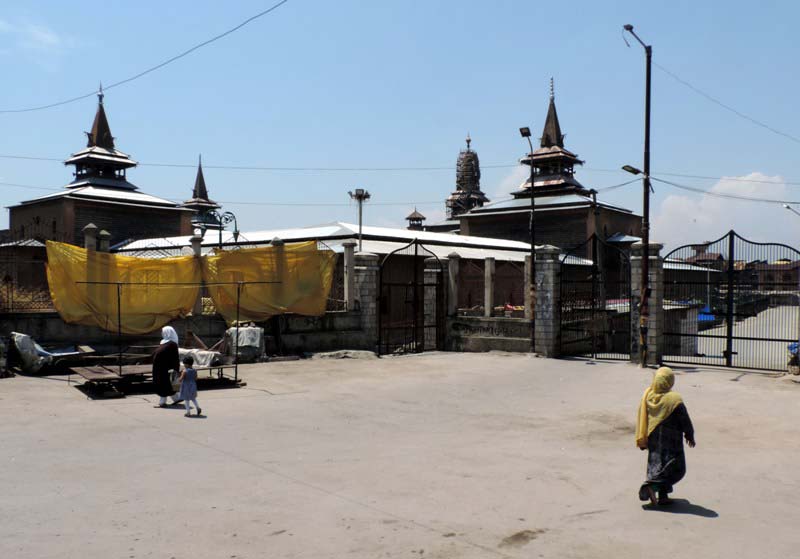 Srinagar/UNI: Streets again wore a deserted look as restrictions on the movement of people and transportation were re-imposed on Friday to curtail the spread of COVID-19 virus in parts of Kashmir valley.

As many as 656 new positive cases, including 466 from Kashmir and 190 from Jammu, were on Thursday reported in the Union Territory.

Nine people, including four from Kashmir and five from Jammu, lost their lives to the infection on Thursday.

The administration on May 31 gave some relaxation to the month-long COVID curfew after a significant decline in the number of positive cases in the valley.

The restrictions were further eased on June 13 in four districts – including Shopian, Kulgam, Ganderbal and Bandipora -- in Kashmir valley in view of significant decline in the number of fresh Coronavirus positive cases.

However, administrations in some districts, besides weekend curfew, have decided to impose restrictions on Fridays as well to keep the spread of the virus in check.

Markets were on Friday closed as shops and business established have been allowed to open on a rotational basis between Mondays and Thursdays in the valley, where the number of COVID positive cases has witnessed a significant decline during the last three weeks.

Even though there was no formal order by the district administration Srinagar, most of the roads and market places, including Lal Chowk, the nerve centre of the summer capital were sealed since early on Friday morning to prevent the movement of people.

Shops and businesses established were closed though few private vehicles and three-wheelers were plying on roads in downtown, civil lines, uptown in Srinagar in view of weekend curfew.

Reports of similar restrictions were coming from other parts of the valley.

The administration in April ordered the closure of all universities, colleges, schools, and coaching centres in the Union Territory till May 15 though teaching and non-teaching staff were asked to attend schools and colleges.

But, the J&K administration later allowed teaching and non-teaching staff to stay home in view of a surge in COVID-19 cases in Jammu and Kashmir. The closure of the educational institutes was extended till May 30, then till June 15 and now till June 30.

Teachers, however, are conducting online classes from home in the valley though many students alleged that they were unable to attend these classes due to the non-availability of smartphones.

The decision to allow teachers to take online classes from their respective homes was taken after many teaching and non-teaching staff members of government schools tested positive for the virus in the Union Territory.