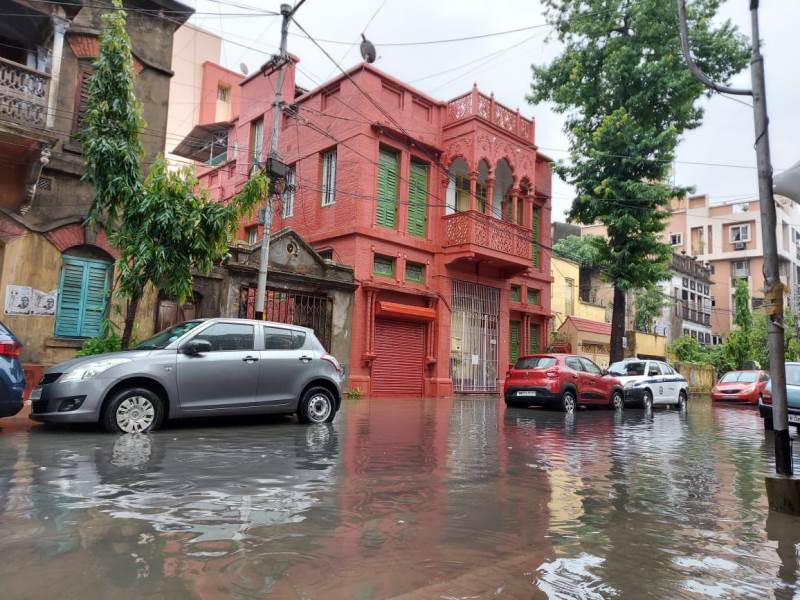 Kolkata/IBNS: Several parts of Kolkata and its suburbs have been waterlogged as the city of joy recorded a three-digit rainfall overnight, reports said on Thursday.

The Kolkata regional office of the Indian Meteorological Department (IMD) reported that the city of joy received around 144 mm of rain in just 24 hours till Thursday morning.

Due to the heavy overnight downpour, a large area of the north, central and south Kolkata, its suburbs and neighbourhoods, and parts of its adjoining Howrah city were waterlogged.

Chairman of Kolkata Municipal Corporation (KMC)'s Board of Administrators, Firhad Hakim, said that all staffers of all the respective departments were continuing their efforts to clear the waterlogging.

"Several parts of Kolkata had been waterlogged due to the excessive rainfall in the past 24 hours. Our staffers, engineers and senior officials are at locations and all of our pumping stations are currently operational that we can clear the waterlogging at the earliest," Firhad Hakim said.

Meanwhile, the IMD has predicted more rain and thunderstorm in the next 48 hours in Kolkata as well as in several other district of north and south Bengal.

"Due to presence of Cyclonic Circulation over Gangetic West Bengal and neighbourhood region and strong moisture incursion from Bay of Bengal widespread rainfall activity is likely to continue over the districts of West Bengal during June 17 to 19," an IMD statement read.

The Regional Meteorological Centre (RMC) in Kolkata has also advised fishermen not to venture into the sea along and off the West Bengal coast during June 17 and 18.