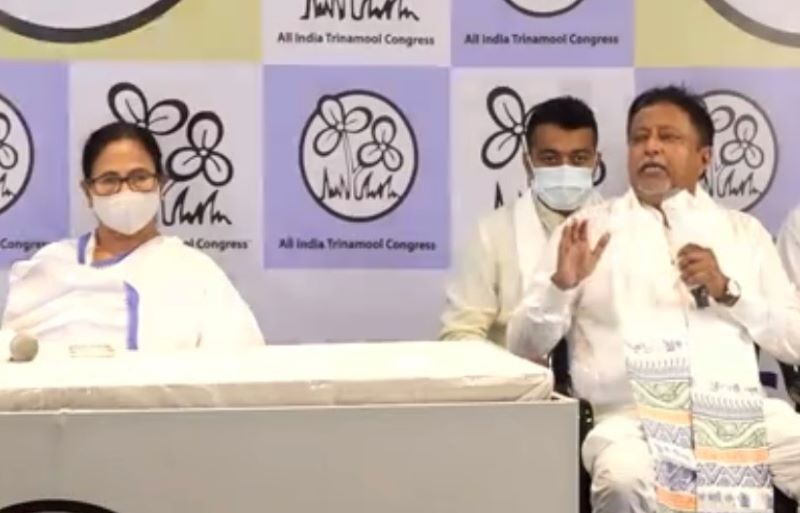 Roy, who was the right-hand man of Banerjee even a few years ago, was welcomed to the party in presence of senior party leaders at the Trinamool Bhavan here.

Referring to the induction of Roy as the return of the prodigal son, Mamata said, "More than anything else, Mukul got peace in coming back. It is now proved that no one can remain in the BJP."

Roy, who became an MLA for the first time in 2021 Assembly Elections, was with Banerjee since the TMC's inception in 1998. 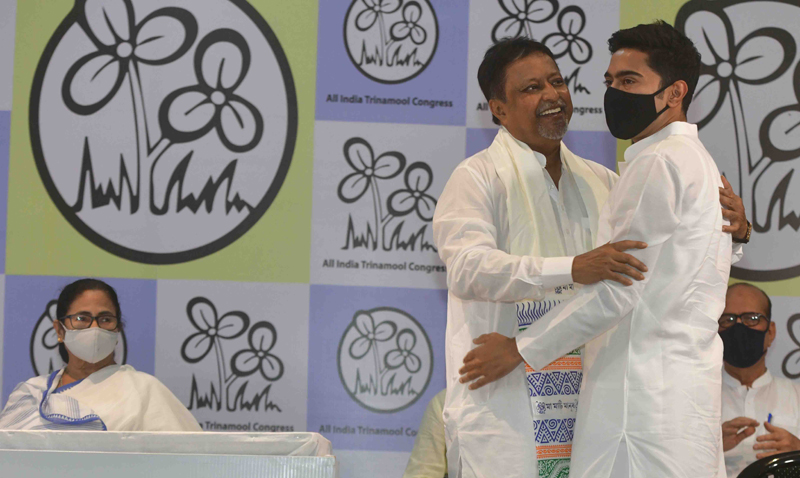 The Krishnanagar MLA was one of the chief architects of the TMC's assumption of power for the first term in 2011, ousting the 34-year-old Left rule.

Even leading the party to new heights in the subsequent elections, Roy, who was reportedly getting sidelined by Mamata's parliamentarian nephew Abhishek Banerjee, jumped to the BJP in 2017, followed by his son's desertion. 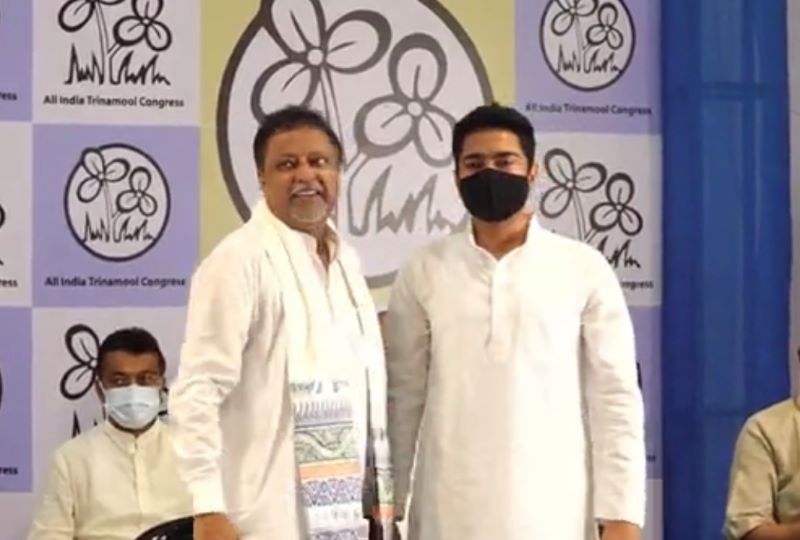 Moving on from calling the TMC a mere "club", Roy on Friday praised his political boss saying, "I am happy that West Bengal is returning to its own place under the leadership of Mamata Banerjee."

"Under the present circumstances, no one can remain in the BJP," the former Railway Minister added, though he kept the reasons for leaving the saffron party for a separate day.

Though Abhishek is known to take calls in the party now, Mamata said Roy will continue to serve the TMC like before.

Reacting to the desertion, BJP vice president in the state, Jay Prakash Majumdar said, "We congratulate him for starting a new innings in his old party."

In response to Mamata's allegation that Roy was threatened by the BJP over pending cases, Majumdar said, "This statement is an insult to Mukul Roy considering his stature. It is impossible to believe that he was in the BJP out of fear."

The rumour of Roy's rejoining in the TMC gained pace after Abhishek days ago touched down at a Kolkata hospital to enquire about the former's ailing wife Krishna Roy's health.

Even before that, Mamata during the assembly elections had termed Roy better than TMC-turned BJP leader Suvendu Adhikari.

Though she opened the doors for the father-son duo, Mamata said no to other turncoats, who had crossed over to the BJP just before the polls.

"Remember Mukul Roy never said anything against our party during the elections. The party will decide on whether a few people, who went to the BJP along with Mukul, will be welcomed back or not.

"But as a party, we have decided not to welcome anyone who had betrayed us and shown their character before polls," Mamata said clearly.

A list of TMC turncoats including former West Bengal Ministers Rajib Banerjee, Sabyasachi Dutta have remained soft on the TMC after its landslide victory in the state polls on May 2.

Some others like Sonali Guha, Dipendu Biswas have written open letters to Mamata expressing their wish to return to their former party.

Meanwhile, Roy's exit from the BJP has left the saffron party in a sticky field as several of its leaders are going public against the party's strategy.

On Roy's exit, BJP leader Anupam Hazra said, "This is the result of giving importance to one or two leaders and ignoring capable leaders by lobbying."

Baishali Dalmiya, who switched from the TMC to BJP just before polls, said, "I would request the BJP leader of Bengal Hon. MLA Shri Subhendu Adhikari to expel all the garbage out of our party as soon as possible."

In a different tune, BJP MP Saumitra Khan has termed Roy a "traitor", an adjective which was earlier used for the same man by the TMC.