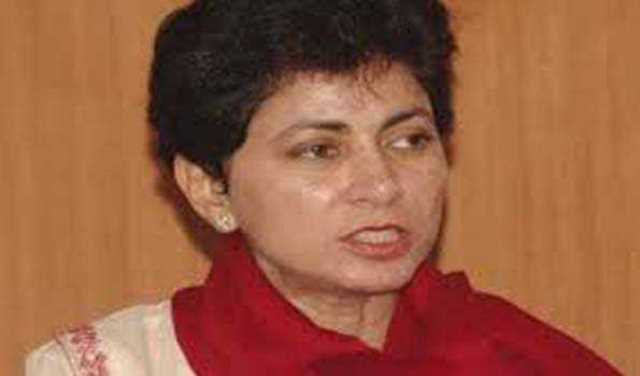 Chandigarh/UNI: President, Haryana Pradesh Congress Committee, Kumari Selja on Wednesday supported the Black Day observed by the farmers and appealed to the government to immediately accept their demands.

Kumari Selja said the BJP government at the Center should immediately do away with its ego and start the process of dialogue with the farmers and withdraw the 'anti-agriculture black laws'.

Along with this, the Haryana government should withdraw the cases registered against farmers in the state during the agitation.

In a statement issued here Wednesday, Kumari Selja said whether it is the fight against Coronavirus or the demands of the farmers and the labourers, the insensitivity of the BJP government can be seen time and again.

She shared, “Today farmers and labourers have been forced to come to the streets again to protest for their demands. Every effort is being made by the government to suppress the voice of the farmers. Farmers are being lathi-charged for raising their legitimate demands and cases are being registered against them and they are being put in jails."

Additionally, Selja said, "The Congress party fully supports the demands of farmers. UPA Chairperson and Congress President Sonia Gandhi and 11 other parties have demanded that the BJP government at the Center should immediately withdraw all three anti-agriculture black laws and make legal provision for Minimum Support Price.

“Along with this, she also demanded from the Haryana government that the farmers, against whom cases have been registered during the agitation in the state, should be withdrawn with immediate effect. The Congress party has always been with the farmers and labourers, and it will continue to stand with them in future as well."