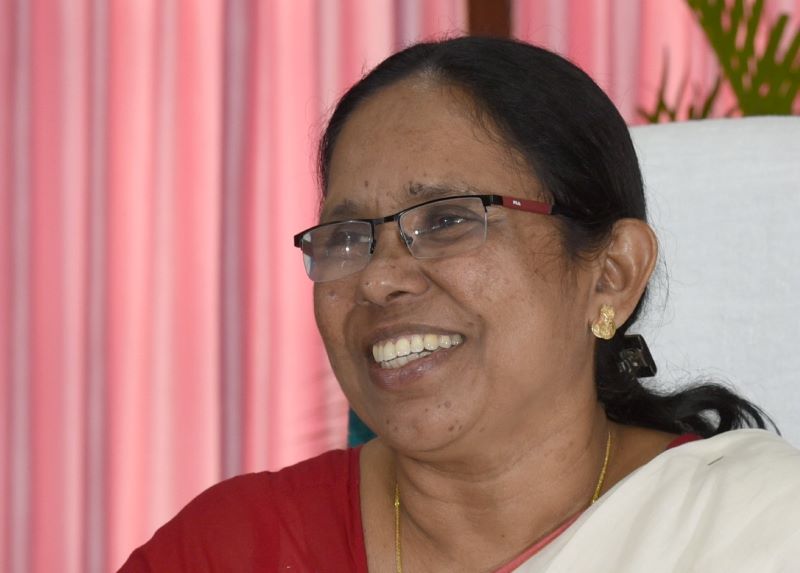 Thiruvananthapuram/IBNS: KK Shailaja, the face of Kerala's fight against the first wave of Covid-19 last year, will not be a part of the new cabinet of the next LDF government, media reports said.

Shailaja, the Health Minister of the outgoing government, will become the party whip, the CPI-M said.

Shailaja won with a margin of more than 60,000 votes in the recently concluded assembly elections in Kerala.

Last year, she was picked as the "Top Thinker of the Year 2020" by a UK based prospect magazine.

The Leftist government is set for a new team as all the sitting ministries have been dropped by the party.

"No one from the earlier LDF ministry is part of the new ministry except for the Chief Minister. This is our party decision. Only our party has the courage to do so. Many top performers were also not allowed to contest elections. We want new faces," CPI-M MLA AM Shamsheer told NDTV.

Altering the trend of decades in Kerala politics, the LDF, led by Chief Minister Pinarayi Vijayan, returned to power for the second consecutive term, defeating the opponent Congress-led UDF.