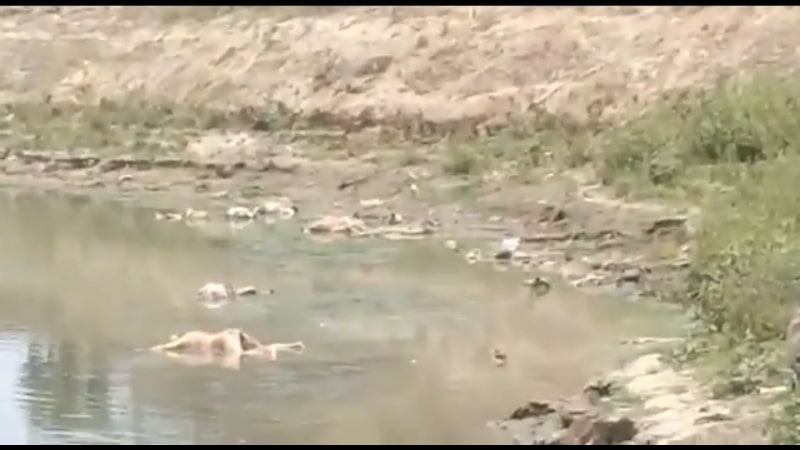 Decomposed bodies wash up on banks of Ganga in Bihar, creates panic amid Covid

About dozens of bodies were seen floating in the river at Chausa town, which borders the northern state of Uttar Pradesh.

In a grim video, the bodies were seen piling up on the banks of the river.

The local administration believes the bodies are of dead Covid-19 patients.

They feel the relatives of the deceased may not have found places to bury them and instead threw them into the river.

"They (bodies) are bloated and have been in the water for at least five to seven days. We are disposing of the bodies. We need to investigate where they are from, which town in UP - Bahraich or Varanasi or Allahabad," an official told the media as quoted by NDTV.

In a more sorrowful picture, dogs were seen wading near the bodies on the banks of the river.

If the administration is to be believed, the video reveals the devastating state of India in the wake of the second wave of the deadly virus.

As per national and international media, hospitals across the country are overwhelmed with Covid patients, crematoriums ran out of dead bodies, pyres burning round the clock while the car parking lots are converted into crematoriums.