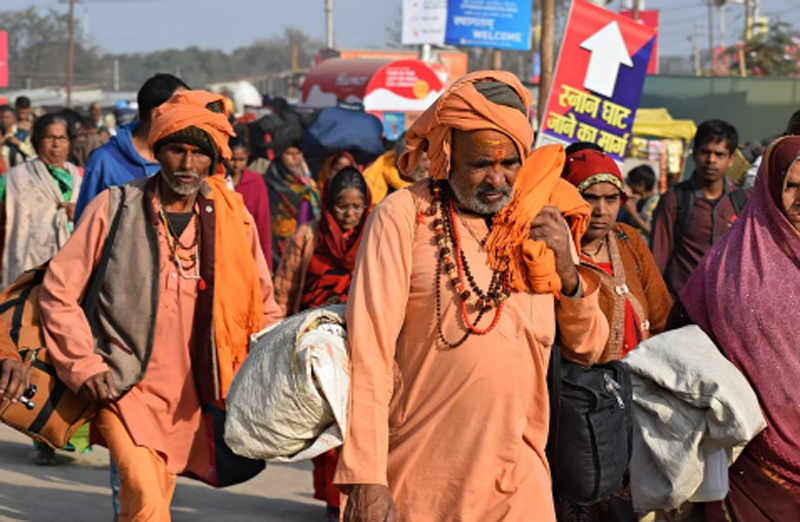 USCIRF recommends India, Russia to be named for 'countries of particular concern'

The United States Commission on International Religious Freedom (USCIRF) today released its 2021 Annual Report documenting developments during 2020, including significant progress in countries such as Sudan.

Meanwhile, other nations implemented laws and policies that further target religious communities, and in some cases amount to genocide and crimes against humanity. USCIRF’s 2021 Annual Report provides recommendations to enhance the U.S. government’s promotion of freedom of religion or belief abroad.

In its report, USCIRF also monitored public health measures put in place to prevent the spread of COVID-19, and their impact on freedom of religion or belief. In many cases, these measures complied with international human rights standards, but in some countries, already marginalized religious communities faced official and societal stigmatization, harassment, and discrimination for allegedly causing or spreading the virus.

“This past year was challenging for most nations trying to balance public health concerns alongside the fundamental right to freedom of religion or belief. Though some governments took advantage of the restrictions to target specific religious communities, we were encouraged by the positive steps various countries took. For example, as a result of COVID-19 outbreaks, many prisoners of conscience were furloughed or released, such as in Eritrea,” USCIRF Chair Gayle Manchin said. “USCIRF will continue to monitor how countries respond to and recover from COVID-19, and whether the loosening of restrictions is fair to people of all faiths and nonbelievers.”

USCIRF’s independence and bipartisanship enables it to unflinchingly identify threats to religious freedom around the world. In the 2021 Annual Report, USCIRF recommends 14 countries to the State Department for designation as “countries of particular concern” (CPCs) because their governments engage in or tolerate “systematic, ongoing, and egregious violations.” These include 10 that the State Department designated as CPCs in December 2020—Burma, China, Eritrea, Iran, Nigeria, North Korea, Pakistan, Saudi Arabia, Tajikistan, and Turkmenistan—as well as four others—India, Russia, Syria, and Vietnam. For the first time ever, the State Department designated Nigeria as a CPC in 2020, which USCIRF had been recommending since 2009.

The 2021 Annual Report also recommends 12 countries for placement on the State Department’s Special Watch List (SWL) based on their governments’ perpetration or toleration of severe violations. These include two that the State Department placed on that list in December 2020—Cuba and Nicaragua—as well as 10 others—Afghanistan, Algeria, Azerbaijan, Egypt, Indonesia, Iraq, Kazakhstan, Malaysia, Turkey, and Uzbekistan. In 2021, USCIRF is not recommending SWL placement for Bahrain, the Central African Republic (CAR), and Sudan, which were among its SWL recommendations in its 2020 Annual Report. USCIRF has concluded that, although religious freedom concerns remain in all three countries, conditions last year did not meet the high threshold required to recommend SWL status.

“In 2020, the Trump administration continued to prioritize international religious freedom. Much progress was made, and our 2021 Annual Report makes recommendations about how  Congress and the Executive Branch, now under President Biden, can further advance the U.S. commitment to freedom of religion abroad,” USCIRF Vice Chair Tony Perkins stated. “In order to maintain the crucial momentum of international religious freedom as a U.S. foreign policy priority, USCIRF strongly urges the Biden administration to take a unique action for each country designated as a CPC to provide accountability for religious freedom abuses and to implement the other recommendations contained in our report.”

“USCIRF’s 2021 Annual Report documents both the deepening of religious divides, and intensified religious persecution and violence during the global pandemics; and the swift and significant progress that can and has been made, as in Sudan, to support and strengthen religious communities of all faiths,” USCIRF Vice Chair Anurima Bhargava added. “We urge the Biden administration and Congress to champion religious freedom and to center the safety and dignity of religious communities as foreign policy priorities. USCIRF recommends that the administration should immediately increase the annual ceiling for refugees; and definitively and publicly conclude that the atrocities committed against the Rohingya people by the Burmese military constitute genocide and take action accordingly; as the State Department recently determined regarding China’s genocide against Uyghur and other Turkic Muslims.”

The report includes two new sections, one highlighting key USCIRF recommendations that the U.S. government has implemented from USCIRF 2020 annual report, and the other addressing human rights violations perpetrated based on the coercive enforcement of interpretations of religion.