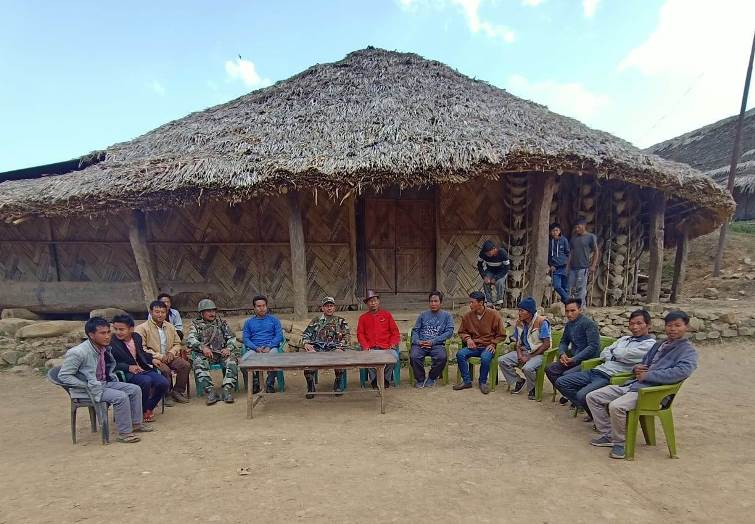 In a statement Assam Rifles said that, it is rather strange that the NSCN (IM) raised such allegations against a legitimate Assam Rifles post at Doyapur which has been carrying out I’'s bona fide task in that location for over two years. This raises the question of the ulterior motives of the complainants.

Doyapur Post plays a key role in providing a secure environment according to the wishes of the local populace, and the government.

To further buttress the fact, the Post is situated at around six km from Hebron camp, far beyond what is stipulated in the Cease Fire Ground Rules.

It is also noted that the various initiatives by the Post, also in conjunction with the civil administration, have contributed in adding value to the lives of residents of Doyapur and its neighbouring villages.

NSCN (IM) is advised to refrain from their constant attempts directed at discrediting security forces to have a free hand in running its unlawful activities in the area.  Assam Rifles is mandated to carry out operations to ensure peace and order, and prevent any violation of ceasefire ground rules by any faction, and will continue to do so. Such operations are always conducted with all COVID protocols in place. In addition, Assam Rifles has been carrying out numerous programmes towards helping the populace in combating the pandemic, and therefore to allege that they are wilfully jeopardizing the people is preposterous and misleading.

The Assam Rifles on their part remain committed to being the sentinels of peace and tranquillity in the region, and will continue to operate against any faction which vitiates the security environment.