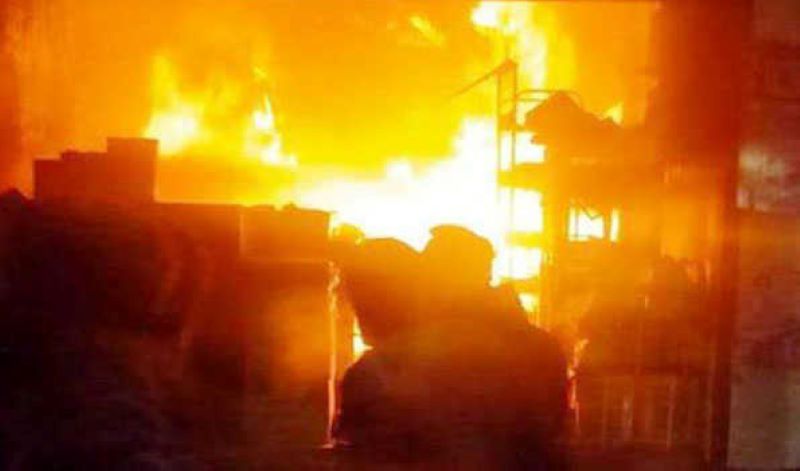 Kashmir: About 20 shops gutted, property worth crores destroyed in Baramulla

Baramulla/UNI: About 20 shops were gutted destroying property worth crores of rupees in a devastating fire in this north Kashmir district during the intervening night of Sunday and Monday, official sources said.

They said fire broke out in a shop on the first floor of a shopping complex at the main market at Watergam Rafiabad in Baramulla. However, before the fire tenders could reach the spot, fire spread to adjoining shops.

Sources said fire tenders were rushed from different parts of the district to control the leaping flames, clearly visible from the entire town.

About 20 shops were gutted, they said adding the cause of fire was not known.

Police have registered a case and initiated proceedings, they said adding there was no report of any loss of life or injury in the incident.