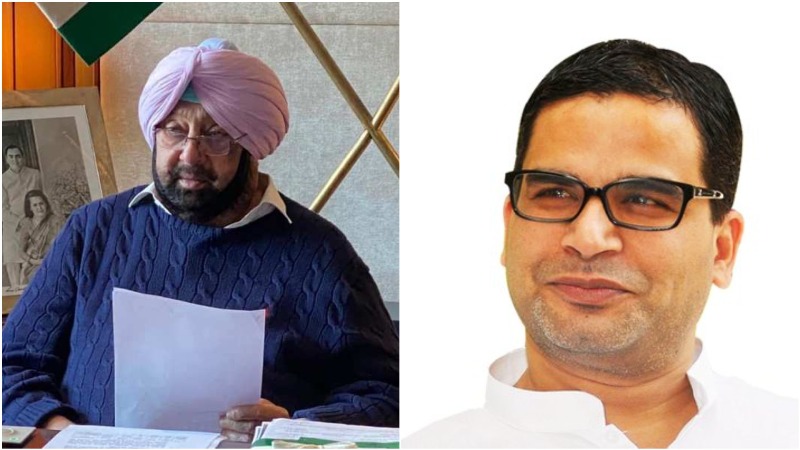 Chandigarh/IBNS: Punjab Chief Minister Amarinder Singh has once again roped in political strategist Prashant Kishor to return to power in the Assembly election to be held in 2022.

Singh has signed Kishor as the "principal advisor" to him. In a tweet, the Punjab CM said that the two would work together for the betterment of the state.

"Happy to share that Prashant Kishor has joined me as my Principal Advisor. Look forward to working together for the betterment of the people of Punjab!"  Singh tweeted Monday.

Happy to share that @PrashantKishor has joined me as my Principal Advisor. Look forward to working together for the betterment of the people of Punjab!

Later, the Chief Minister's Office tweeted that Kishor would also get cabinet minister-rank (with associated perks) and a "token honorarium of Re 1 only".

#PunjabCabinet clears the appointment of Shri @PrashantKishor as Principal Advisor to the Chief Minister @capt_amarinder Singh in the rank and status of a Cabinet Minister. pic.twitter.com/h7bTK9qKdD

Speaking to NDTV channel, Kishor, who is presently assisting Chief Minister Mamata Banerjee return to power for a straight third term in West Bengal polls, said that Amarinder Singh is "like family". "I can't say 'no' to him..."

The Congress appears to be in a strong position in Punjab ahead of next year's election as the party made a clean sweep in seven municipal corporations polls held early last month.