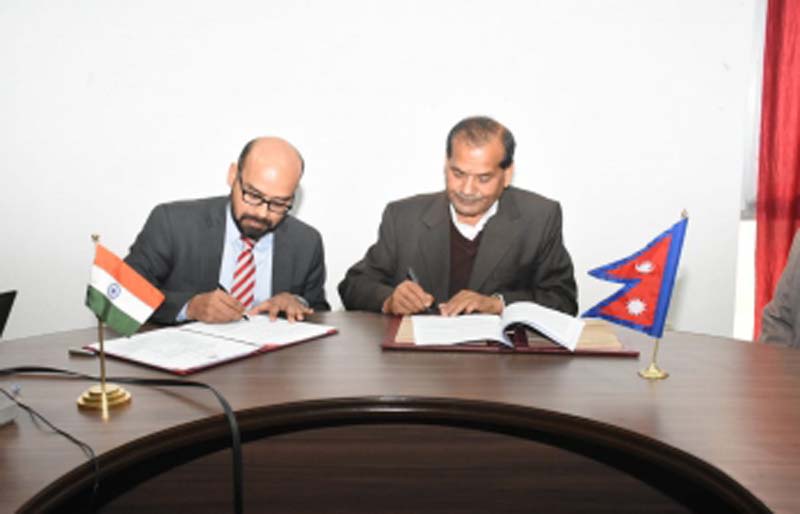 On the same occasion, four Contract Agreements, award the work to successful bidders were also signed between CLPIU (Building) and Contractors.

The Central Building Research Institute (CBRI)-Roorkee, a premier institute of India in the field of earthquake-resilient reconstruction, will be providing technical assistance during for the reconstruction, read a statement issued by the Indian Embassy in Nepal.

These 25 health posts are the first batch of 147 health sector projects being reconstructed by NRA under the Government of India reconstruction grant of US $ 50 million for health sector in ten districts of Nepal.

The remaining projects are in advanced stage of tender process.

The Central Building Research Institute (CBRI), Roorkee, a premier institute, will provide technical hand-holding for construction of these health facilities.

Government of India has been engaged with Government of Nepal in strengthening the infrastructure facilities in the health sector.

Under Government of India funded Small Development Projects scheme, over 40 health posts/health camps have been completed in Nepal since 2003.

"Government of India has also gifted over 823 ambulances to governmental, non-governmental/non-profit making organisations in Nepal since 1994," read a statement issued by the embassy.

Government of India remains committed to continue its development partnership with Nepal which is long-standing, unwavering, unmatched and multidimensional in nature.