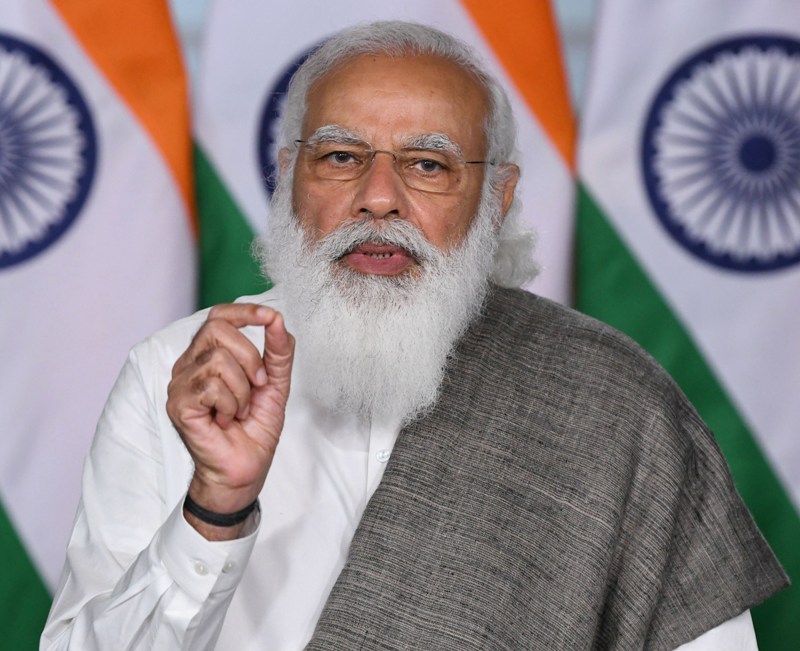 'Govt has no business to be in business', PM Modi says as he makes strong pitch for privatisation

New Delhi/IBNS: Prime Minister Narendra Modi on Wednesday made a strong pitch about the contribution of private sectors and the importance of disinvestment while addressing a webinar and also stating that the 'government has no business to be in business.'

Addressed a webinar on effective implementation of budget provisions in DIPAM through video conference, the Prime Minister said this budget has put forward a clear roadmap to take India back to the high growth trajectory.

He added that the budget also focuses on the strong contribution of the private sector in India's development while stressing on the importance of Disinvestment and Asset Monetization.

"The time and needs of the country when the public sector enterprises were started were different from today. The biggest goal of these reforms is to properly utilize the public money," said the PM.

"It is the responsibility of the government to give full support to the enterprises of the country but at the same time, the Government has no business to be in business," Modi said.

The Prime Minister said that the focus of the Government should be on the welfare of the people and on the development related projects.

He added that the government works with several limitations and hence it is not easy to take commercial decisions.

"The effort of our government is to improve the standard of living of the people, besides reducing the government's unnecessary interference in the lives of the people," said the PM.

He said there are a lot of underutilised and unutilized assets in the country and the National Asset Monetisation Pipeline was announced with this in mind.

Modi noted that the government is going ahead with the mantra of 'Monetise & Modernise' and when the government monetises, that space is filled by the private sector of the country.

Modi said the money that comes from monetization of public assets and privatisation can be used in public welfare schemes.

He added privatization would empower the youth with better employment opportunities.

The Prime Minister said the Government is moving in this direction with full commitment, with equally high priority on the implementation of these policies. He also said that to ensure transparency and our procedures are correct to ensure competition, it is very important to have a stable policy.

The Prime Minister said an Empowered Group of Secretaries has been formed to connect with the investors and remove their issues rapidly. Likewise single point of contact for the investors have been made to improve the ease of doing business in India.

"Over the years, our government has continuously reformed to make India an important destination for business and today India is equipped with one market-one tax system. Today companies in India have excellent channels for entry and exit," said Modi.

The Prime Minister said that India has taken "unprecedented reforms" on FDI policy and Production Linked Incentive has been introduced to encourage investors.

He said this has resulted in record inflow of FDI in the past few months.

"For developing Aatmanirbhar Bharat, we are swiftly working on modern infrastructure and multimodal connectivity. In the next five years, we would be spending Rs 111 trillion to upgrade our infrastructure through the National Infrastructure Pipeline," said he.

The PM assured that these expectations of the world's largest young nation are not only from the government, but also from the private sector and "these aspirations have brought a huge opportunity for business so let us all use these opportunities."