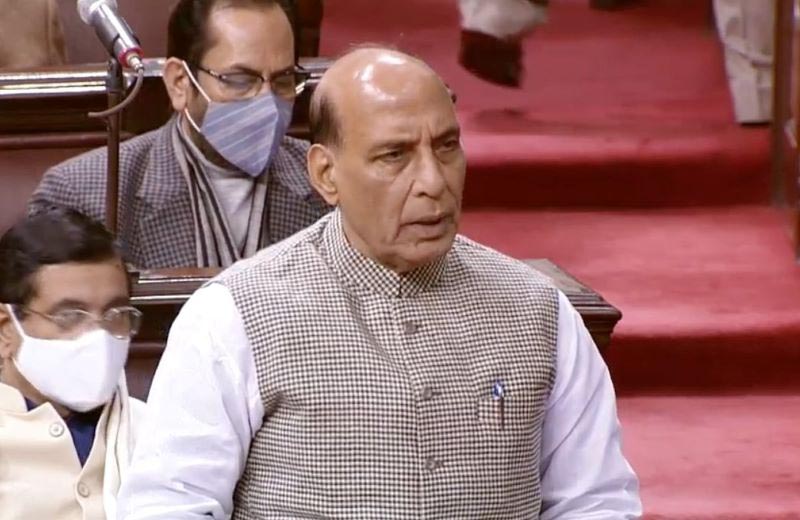 New Delhi/IBNS: India's Defence Minister Rajnath Singh on Thursday said the government's sustained talks with the Chinese counterpart led to a disengagement along the Pangong Lake, which has witnessed border tensions over the last few months.

Speaking on the issue in Parliament's upper house Rajya Sabha, Singh said as quoted by NDTV, "Our sustained talks with China have led to agreement on disengagement on the north and south banks of Pangong Lake. After this agreement, India-China will remove forward deployments in a phased, coordinated manner."

"I want to assure this House that in these talks we have not conceded anything," he asserted. "The agreement that we have been able to reach with the Chinese side for disengagement in the Pangong lake area envisages that both sides will cease their forward deployments in a phased, coordinated and verified manner," he added.

"These are mutual and reciprocal steps and any structures that had been built by both sides since April 2020 in both North and South Bank area will be removed and the landforms will be restored," the Defence Minister said.

A top Chinese official had said frontline troops of both the nations at the southern and northern bank of the Pangong Tso Lake have started 'synchronized and organized disengagement' from Wednesday.