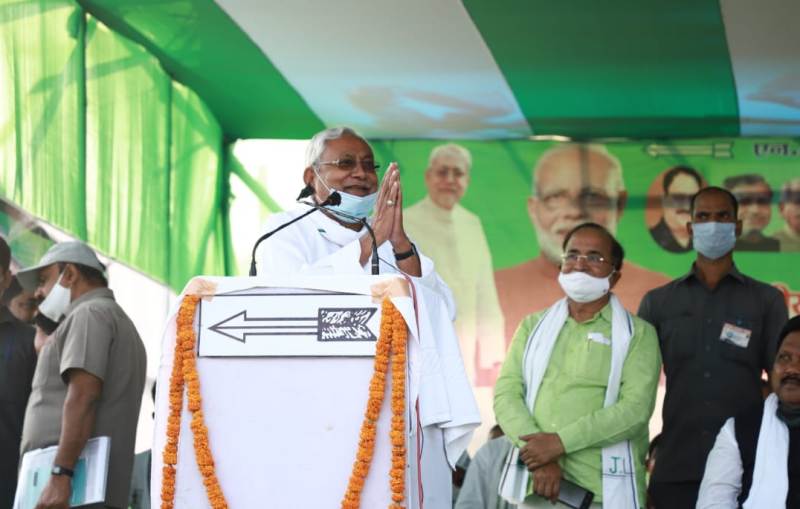 Patna/UNI: Bihar Chief Minister Nitish Kumar on Sunday spoke to Uttarakhand Chief Minister Trivendra Singh Rawat and expressed solidarity of the people of Bihar with Uttarakhand in this hour of tragedy following the glacier burst in Chamoli district.

Kumar, soon after receiving news of the incident which took place in Chamoli district of Uttarakhand, called Chief Minister Rawat to get details about the tragedy.

Rawat was visiting the site of the glacier burst when Mr Kumar spoke to him.

Kumar, during his talks with Mr Rawat, exuded confidence that Uttarakhand would tide over the crisis soon. He also expressed his complete solidarity of his government and people of the state with Uttarakhand in this hour of tragedy.