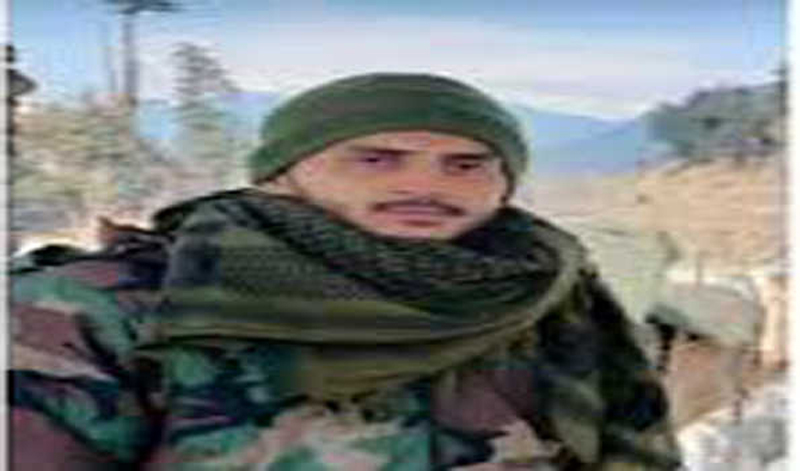 Death of soldier at LoC in Uri ‘non-operational in nature’, circumstances being probed: Indian Army

Srinagar/UNI: Asserting that the death of a soldier at a forward post along the Line of Control (LoC) in border town of Uri in north Kashmir district of Baramulla was ‘non-operational in nature’, the Army said that it is investigating the circumstances in which the jawan died.

An Army official said that the circumstances under which Sepoy Nikhil Dayma was found dead on January 29, 2021 at around 1:30 pm while on sentry duty at a forward post along the LoC in Kashmir are being investigated.

"It is clarified that the incident is non-operational in nature,” he added.

Earlier, it was reported that Sepoy Dayma was killed in an encounter with militants in the Uri sector along the LoC in Baramulla.

A resident of Alwar in Rajasthan, the soldier had reportedly returned to duty on January 13 after availing leave.

Rajasthan Chief Minister Ashok Gehlot had paid tributes to Sepoy Dayma, claiming that he was killed at Uri in an encounter with militants.