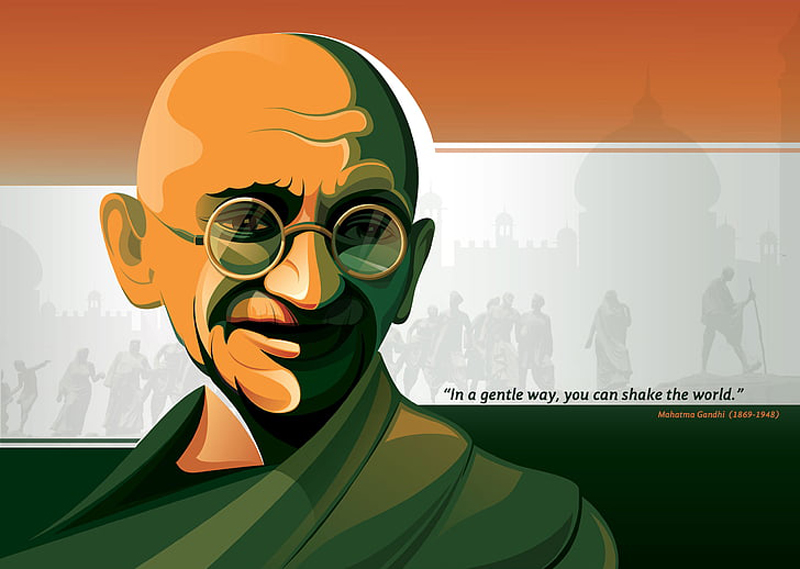 Gandhiji was a human who learnt from failures and mistakes, says great grandson on martyrdom day

New Delhi/IBNS: Mahatma Gandhi’s great grandson, Tushar Arun Gandhi, said the Father of the Nation had made mistakes and met with failures and then learnt from them.

Speaking about the relevance of Gandhian values at an online session held by Saamarthya Teachers Training Academy of Research (STTAR), Ghaziabad, to commemorate Bapu’s martyrdom (Jan 30, 1948), he said to emulate him one must know the ordinary person he was.

The topic of the virtual session was: Relevance of Gandhian Values in Today’s World.

Tushar Arun Gandhi, who is a proponent of Gandhian values, said his life’s mission is to present Gandhi as a human being rather than the Mahatma.

“I believe that Mahatma is really a tag that has been attached to Gandhi. Mahatma is an excuse we have created so that we don’t have to emulate him. The real way to follow him is to become somewhat like him, and that can only happen if we understand the ordinary human being that he was,” Tushar Gandhi said. To drive his point home, Tushar Gandhi shared a few anecdotes from Gandhi’s life, including his first appearance as a lawyer in a Bombay court, where he fumbled and failed to present the case convincingly. Instead of quitting legal practice, Tushar said, Bapu learned from the failure and continued the practice.

“If you study Bapu’s life, you’ll understand that once he realized that he had made a mistake, he apologized and atoned for it and then he ensured never to repeat it,” Tushar Gandhi said.

During his address, Tushar Gandhi touched on a variety of Gandhian ideals and principles and spoke of their relevance in detail. He narrated an anecdote of how his own father, Arun Gandhi, learnt to use resources judiciously while studying, as a teenager, under Mahatma Gandhi at the Phoenix Settlement in Durban, South Africa, and thereby developed a sensitivity towards the environment and ecology, which has passed down through the generations of the Gandhi family.

These vows, Tushar Gandhi said, were compulsory for all ashram vasis back in Bapu’s day and they stay relevant in today’s world as well.

Good education for everyone, Tushar Gandhi noted, is central to Gandhi ji’s vision of education in India. “India is ripe for a revolution in education,” he said.

The speech, lasting about 40 minutes, was followed by a Q&A round featuring questions from the audience, which comprised mostly of the teachers, students, and parents of Seth Anandram Jaipuria Schools and Jaipuria School of Business and Jaipuria Institute of Management in Ghaziabad.

STTAR is supported by Jaipuria School of Business, and is an ace teachers’ training academy in the Delhi NCR region.