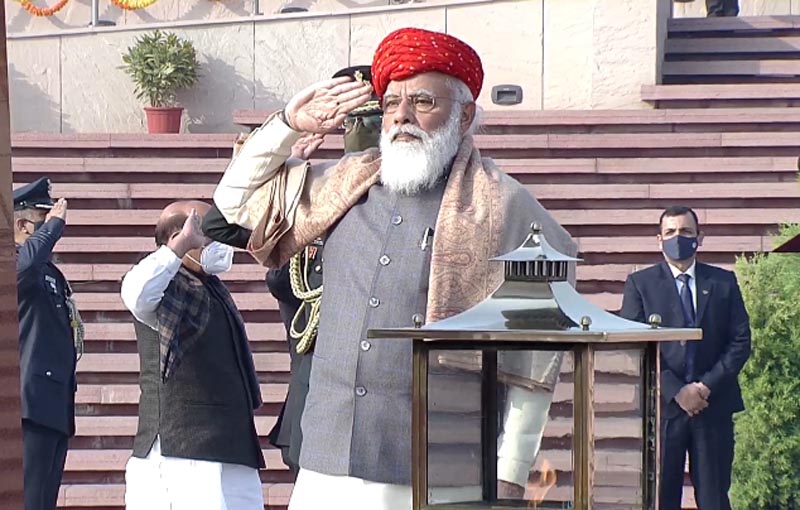 The National Flag was unfurled followed by the national anthem with a booming 21-gun salute.

Later, Modi penned down his thoughts in the war memorial's visitor book.

The Prime Minister was accompanied by Defence Minister Rajnath Singh.

This is an annual tradition post which the Republic Day Parade commences with President Ram Nath Kovind taking the salute.

Before 2020, India Gate was the chosen site for this tradition.

The Republic Day parade this year remained lack-lustre with around 25,000 guests and no foreign visitor as the chief guest amid Covid-19.