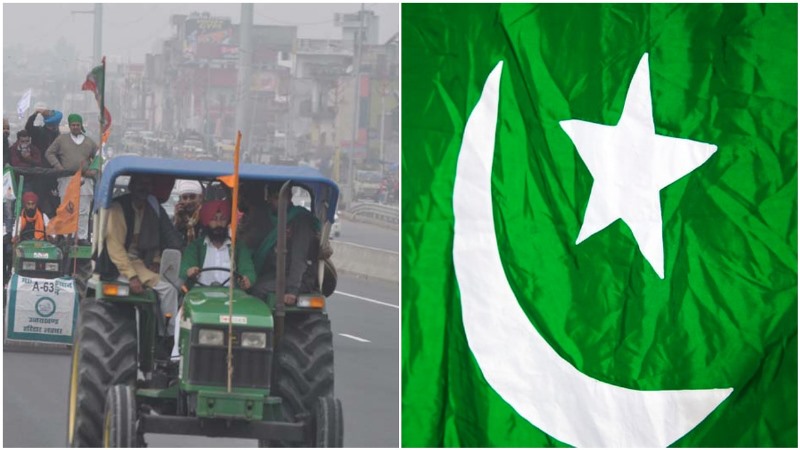 New Delhi: The Delhi Police on Sunday revealed that over 300 Twitter handles have been created in Pakistan to disrupt the tractor rally proposed by protesting farmers on Republic Day.

Deependra Pathak, Special Commissioner of Police (Intelligence), was quoted as saying by the media: "More than 300 Twitter handles have been generated from Pakistan to disrupt the tractor rally by farmers. They are continuously working on it. Its aim is to mislead people."

The Delhi Police has allowed the farmers to organise their proposed tractor rally after the Republic Day function on Jan 26.

Addressing the media here on Sunday, Dependra Pathak said after a prolonged five to six rounds of discussion with farmer unions, the Delhi Police allowed to hold a tractor rally once the Republic Day functions were over on Jan 26.

The Delhi Police has proposed four routes from Ghazipur, Singhu, Chilla, and Tikri borders for the farmers’ tractor rally on Jan 26 and that will enter into a few kilometres of national capital and after that it will be returned Haryana after going through Sanjay Gandhi transport nagar, Kanjhawala, Bawana and Auchandi border.

The rally beginning from Tikri border will cross through Nagloi, Najafgarh, Jharauda, Dhansa via KMP whereas the tractor rally from Gazhipur’s UP gate will lead to Hapur border via Apsara border.

On Saturday, the Delhi Police granted the farmers permission to carry out a tractor parade on January 26 inside the Capital, but on the condition that they will start only after the completion of the official parade on Rajpath.

As per the agreement, the farmers will enter Delhi from the borders, but stay in the adjoining areas and not venture towards Central Delhi.