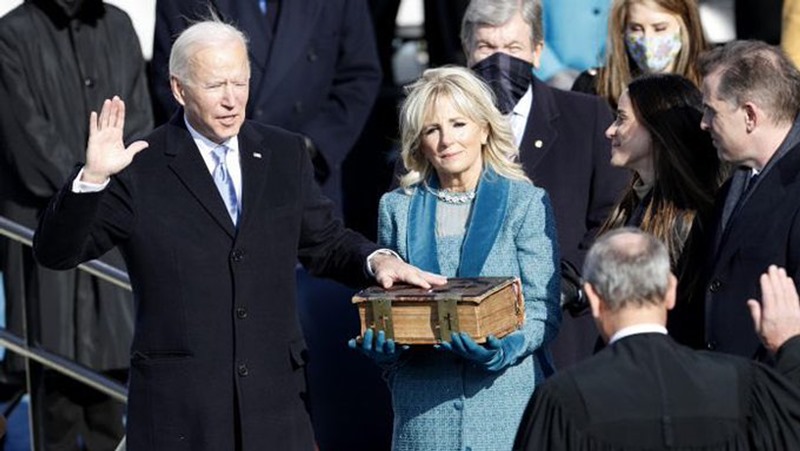 Washington: The Campaign For Uyghurs (CFU) has congratulated US President Joe Biden, Vice President Kamala Harris, and the administration as they took oath on Wednesday.

"A day like today, which marks the presidential inauguration, reminds us of the foundation that our fight for the Uyghurs is built upon: the naturally-endowed rights which all human beings possess to freedom and human dignity," the body said in a statement.

In spite of struggles and imperfections, the group said it must protect the system of democratic values in the United States.

"As Uyghurs continue to face the complete elimination of even the most basic rights as part of the Chinese regime’s genocide, we are reminded of the responsibility that those who possess such freedoms should bear to their fellow man," CFU said in a statement.

At the start of a new administration, Campaign For Uyghurs commends the statements made by both President Biden’s team and Secretary of State nominee Antony Blinken which confirm recognition of the Chinese regime’s crimes as genocide.

This commitment to the truth which goes beyond partisanship is enormously encouraging, and we eagerly anticipate seeing values translated into further action in carrying forth bold efforts to work with our allies to bring those responsible for these crimes against humanity to justice.

"Campaign For Uyghurs affirms our gratitude to be living and advocating from the platform of freedom provided in the United States. Our own pursuit of happiness as Americans cannot come at the expense of Uyghur blood," the group said in a statement.

CFU wishes President Biden and his team the best as they confront the challenges before them.

As leaders, they stand as stewards of democracy and freedom, and we remain supportive of all efforts to uphold the commitment to liberty and justice for all.