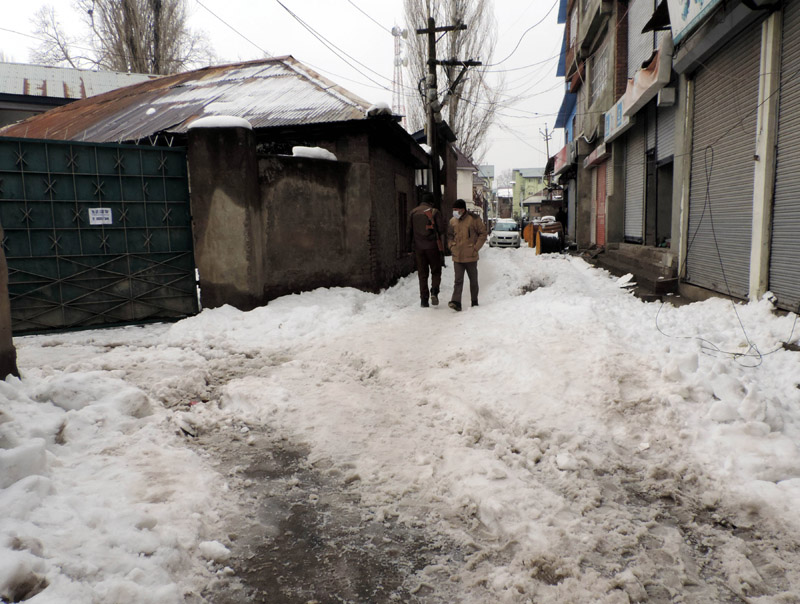 Kolkata/UNI: If India's primary aim is to eliminate terrorists and prevent cross-border infiltration from Pakistan, then we are succeeding, feel experts.

"But if our objective is a peaceful psychological integration of the Kashmiri population among themselves as well as with the rest of India, Indian strategy must be indigenous, effective and sustainable to bring a closure to this war," an expert said.

This view was expressed at a virtual seminar 'Need for an Effective Strategy on Kashmir' hosted by Tillotoma Foundation, a global think tank from India working in the areas of International Relations, Financial, Environmental, Scientific, Strategic & Defence Policy.

Sharing details of the seminar with UNI here today, a statement said the seminar looked at the major security challenges in Kashmir, including insurgency and terrorism, from a policy perspective and deliberated on the way forward.

Tillotoma Foundation hosted the seminar to highlight that after so much confusion, chaos and uncertainty, turbulence in Kashmir has gone on for far too long.

India and Pakistan claim Kashmir in full but rule it in part. The nuclear-armed neighbours have fought two of their three wars over the disputed territory.

A rebellion in Indian-administered Kashmir has been ongoing for three decades. This has not only drained vital energies of the two nations but also destroyed lives of at least two generations of Kashmiris.

There is a need for a holistic view to resolve the issues in Kashmir.

Lt Gen Syed Ata Hasnai said, “Pakistan is shell-shocked by what happened on the fifth of August (revoking of Article 370) and has run out of a lot of options. Pakistan hasn't been able to make much of a dent even in the international Islamic community except an OIC resolution. India must play out its narrative of Kashmir to the international community. We are on the right path, presently.”

A.S Dulat added, “Article 370 is done and dusted. Uninterrupted dialogue between Delhi and Jammu, Delhi and Srinagar is critical for moving forward. Islamabad must be left out. Even Kashmiri separatists have conceded in the past that Pakistan couldn’t protect itself, what could it offer Kashmiris?”

Lt Gen Gurmit Singh, Former Deputy Chief of Army Staff & Corps Commander, Srinagar, pointed out “The Army is mainly for the conventional threats and would be keen to focus on them, rather than internal issues. We can blame Pakistan for the terrorism and covert war, but for governance and development issues, we must introspect.”

The seminar felt that India must wrest the agenda in the valley and beyond to bolster its national unity and integrity. It stressed on the point that a democratic state cannot and shouldn’t have armed insurgency on its soil. Tehmeena Rizvi said, “For the media, Reports of Terrorism gets more TRP than Reports of Sexual Abuse. Every youth in Kashmir is not radicalized, but they must get proper assistance and accepted like everyone else in the country.”

Prof. Amitabh Mattoo opined, “Popular participation in DDC elections was not manufactured. People actually came out and voted. Best reparation that Kashmiri Pandits and Kashmir could get was the return of Kashmiri pandits to the valley with dignity.”

Jitendra K. Ojha pointed out, “India must destroy both the capacity and resolve of Pakistan to sustain covert war. But in Kashmir, people need to be on the forefront to fight this war.”

The seminar concluded on thoughts that Kashmir is not a standalone problem but an extension of Pakistani agenda of two nation theory.

While capacity and hope of Pakistan must be decimated, people in the valley need to be protected.

The session observed that the political and human rights situation in J&K needs a complete research towards a deeper understanding of the nature of the conflict and the need for action on the necessary measures to end it in order to protect the Kashmiris’ right to self-determination.

A healthy dose of ‘inventivisation’ is required for Jammu and Kashmir.

This could be a mix of political empowerment, economic development, protection of ethnic identities, outreach to civil society, engagement with the youth and countering radicalisation.